2022 Ford Bronco Raptor First Drive: What Was Inevitable, Now Is 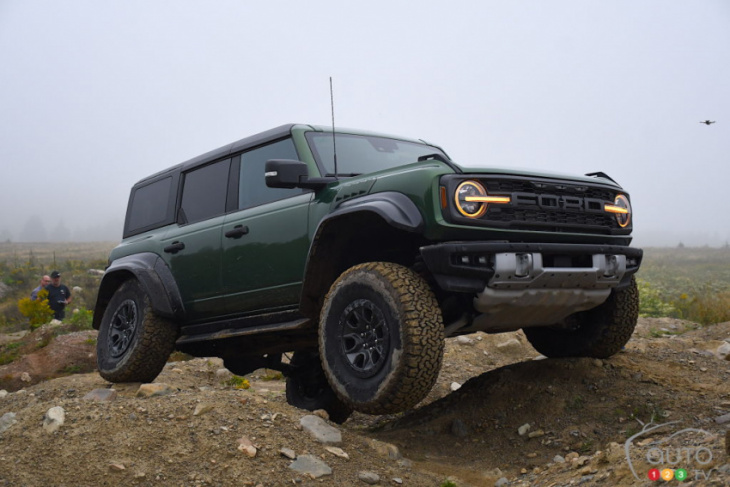 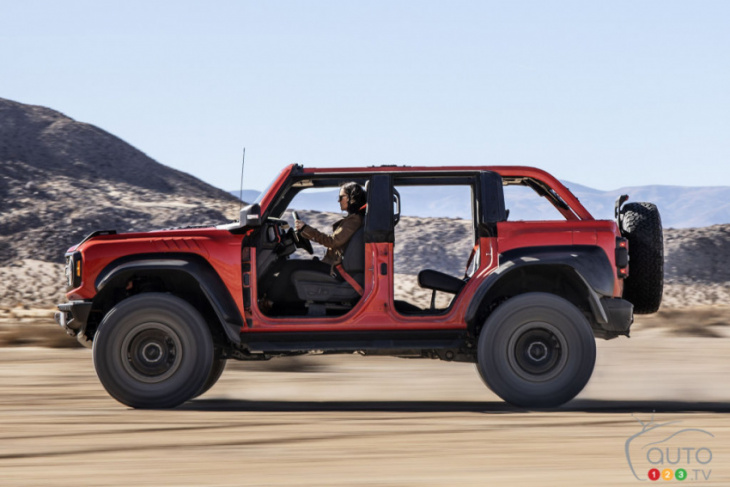 It’s unofficial Bronco week at Auto123, as we review three different versions of the popular reborn SUV, including two brand-new variants! Yesterday, we gave you our review of the Bronco Everglades. Today, we get in a first drive of the 2022 Ford Bronco Raptor, and tomorrow, we hop into the 2-door Wildtrak version. Buckle up!

Saint John, New Brunswick – It was a foregone conclusion that once Ford introduced its new Bronco last year, a Raptor variant would eventually emerge. The approach, introduced with the F-150, takes the performance and off-road capabilities of the model it serves to a new level. Given the Bronco is a product designed for off-road adventure, it would have been unthinkable not to push the envelope with a Raptor treatment.

Sure enough, Ford began work on a Raptor variant very shortly after the announcement of the Bronco's return to the market.

We headed east to New Brunswick recently for Ford’s Canadian launch event for both this variant and the new Everglades edition, which we reviewed already. 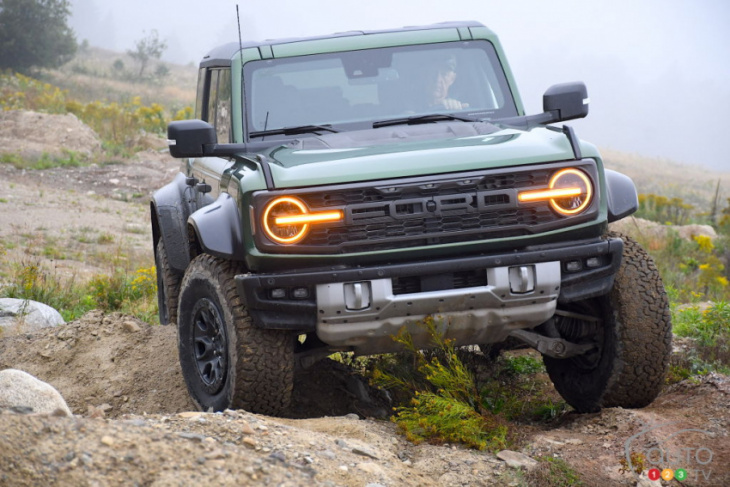 King of the castle
Just as the Bronco Raptor is designed for ascending the highest peaks, it also sits atop the Bronco model range. It thus looks down on the Base, Big Bend, Black Diamond, Outer Banks, Badlands, Wildtrak and Everglades variants, not to mention the Sasquatch package (and that's not counting the legacy editions added for 2023).

The Raptor, of course, goes beyond what the Sasquatch package offers and delivers on all levels.

The engine
For the Raptor variant, many likely hoped for a V8 under the hood, or else Ford’s 3.5L EcoBoost V6. According to the model’s designers, this wasn’t possible because of space limitations. Ford thus went with a 3.0L EcoBoost V6 engine, which normally offers 400 hp. Here in the Bronco Raptor, with a few tweaks, it serves up 418, working in tandem with to the 10-speed automatic transmission that Ford uses widely across its model range. 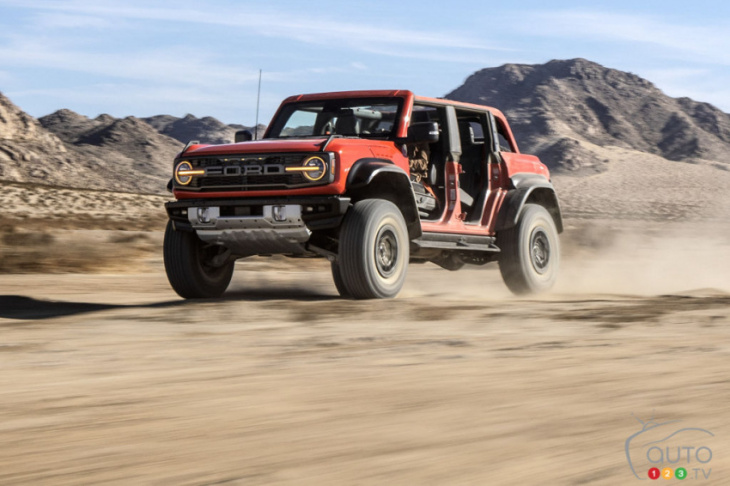 The chassis
This engine is effective and adds to the experience and all that, but the real secret of a Raptor model is the structure of the vehicle. In fact, the changes made to that structure all have the same objective: to make the vehicle more capable in all situations.

In fact, Ford’s designers focused on three elements to bring the beast to life. The Raptor had to be fast in the desert (we're talking about speeds of 120 km/h in the dunes), it had to be able to climb big rocks, and it had to be excellent on the road. And then it had to push the envelope further; in fact the development team even bought a Jeep Wrangler Rubicon, added $12,000 worth of equipment to it, and then used it as a benchmark to be surpassed.

The result is a Dana 44 front axle (Dana 50 rear) with a 4.70 axle ratio, front suspension with 13 inches of travel (14 inches in the rear), front sway bar that can be disconnected to provide more wheel articulation, unique suspension towers, semi-active Fox shocks (which allow you to control their force in real time) and sensors that monitor the suspension height 500 times per second to make adjustments that are obviously imperceptible behind the wheel.

It's technical, we know, but the beast is a little technological marvel. For more concrete, and more observable, elements, let's mention that compared to a regular Bronco, the Raptor version offers an 8.6-inch wider rear track (73.6 inches), a 4.8-inch higher ground clearance (13.1 inches), a 60 percent increase in the front suspension travel (13 inches, and 40 percent more rear suspension travel (14 inches) for more traction at all speeds and on all types of off-road surfaces, as well as 9.0 inches more width with the mirrors folded (85.7 inches).

Note also that the towing capacity of this variant is rated at 4,500 lb, or 1,000 more than the regular model.

Continue to next page