Late last month, Ferrari revealed some of the core details surrounding the latest iteration of the company’s 812 Superfast grand tourer. We were teased with the likes of a 819 hp naturally-aspirated V12 engine which revved all the way up to 9,500 rpm, and albeit for a few photos to satiate the world’s collective visual vortex, little more was as explicit when it came to the specifics. After the unveiling today which was streamed live on various social media platforms, we now know a lot more, as was promised. 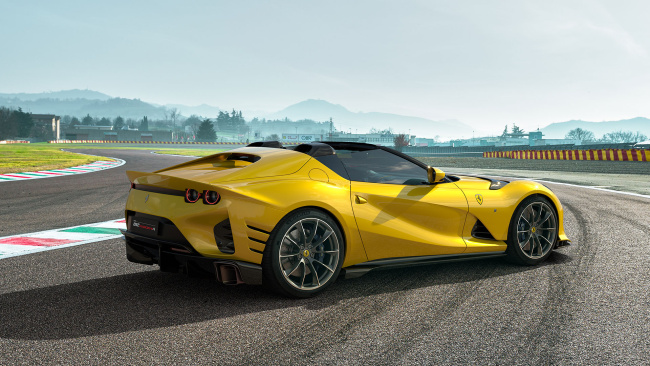 First, the name: it’s officially known as the Ferrari 812 Competizione. But, it can also be called the Ferrari 812 Competizione A. That’s because Ferrari surprised us by unveiling not one, but two versions of this hardcore 812 Superfast variant right from the get go. The latter – meant to replace the 812 GTS – is a Targa counterpart which features a removable carbon fiber roof panel which can be neatly stowed away in a special made-to-measure storage compartment. Besides the obvious aesthetic differences born from having an open-top configuration, the two cars are identical mechanically.

Both the Competizione and Competizione A will be powered by the same 6.5L naturally-aspirated V12 engine. In addition to producing 819 hp and possessing a symphonic 9,500 rpm of vocal range, we now also know that it also churns out 512 lb-ft of torque. Those are the peak figures of course, which are attainable at both 9,250 rpm and 7,000 rpm respectively.

Based on the power plant used in the regular 812 Superfast models, the engine needed to be revised to get it perform the way Ferrari was intending. The prancing-horse engineers started by redesigning the pistons and fitting lightweight titanium connecting rods to the assembly, so that the engine could be pushed harder and at a higher frequency than ever before. Naturally, new cylinder heads were also in order, as were F1-derived carbon-coated cams. The air intake system has also been remodeled to ensure that the V12’s cardiac requirements are being satisfied.

The engine remains mated to the same 7-speed dual-clutch transmission equipped on the regular Superfast, though the unit on the Comp cars has been re-calibrated to shift about five percent faster.

The overall result – more horsepower, a bit less torque and an extra 500 rpm to boot. Off-paper, this translates to stellar performance figures:

These are approaching hypercar credentials, and all of this is achieved in the absence of turbochargers or a hybrid set-up. Speaking of hypercars, it’s just 0.3 seconds off the pace of a LaFerrari and a distinguishable 1.5 seconds faster than the regular 812 Superfast at Fiorano. While these are all based on the coupé version of the car, we imagine that the Competizione A would only suffer a very miniscule performance penalty, if one is even measurable at all. Such are the standards set these days by Ferrari cars of this caliber.

The 812 Competizione manages to generate 30 percent more downforce than the 812 Superfast. At the front, larger air intakes flank the grill, which is enclosed by a more aggressive bumper with fins at each end appearing to function as integrated canards; a massive front splitter is then added for good measure. Air vents right behind each of the rear wheels and a reimagined carbon fiber diffuser also form part of the organism responsible for optimizing any air flow going under, through or over the VS’s silhouette. This design also helps to ensure that the engine, brakes and other heat-soaking components get adequate cooling. 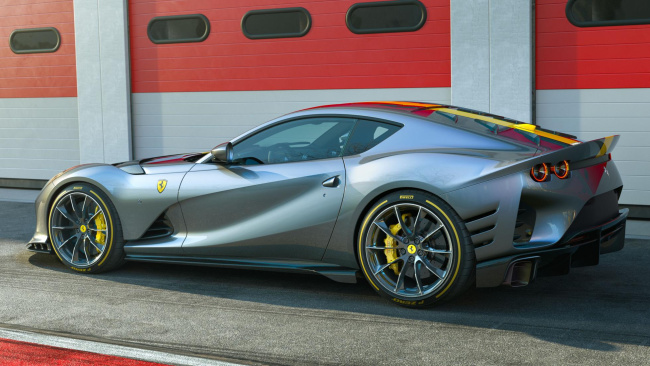 The aforementioned front diffuser opens up when the car is travelling at over 155 mph, while the the rear diffuser now spans the full width of the Comp car’s haunches, which in turn also required a rejig of the original exhaust system design. The rear spoiler remains integrated with the body, but has also been made higher, wider, and more optimized for performance in conjunction with the diffuser.

One of the most notable changes takes place at the back end of the car, with the rear glass being replaced by a body-colored panel which could be best described as a “super-louver” made from carbon fiber and aluminum. This is one element of the Competizione’s extreme-downforce mandate, which comes at the loss of some of the regular car’s utilitarian demeanor. The Competizione A instead, gets a bridge between the flying buttresses, which plays much of the same role as said “super-louver” while also incorporating the Targa design.

The 812 Superfast VS will continue to embrace Ferrari’s most impressive tech, with familiar features such as the Side Slip Control 7.0 (SSC) traction and stability control system, and rear-axle steering coming standard. The latter system is notably impressive and is unlike any other similarly functioning system in a road car today, with each of the rear wheels able to turn at different angles independently of one another. Ferrari says this will improve rear stability and handling precision, which should be particularly useful in an 819 hp rear-wheel drive machine.

Typical of just about every performance-biased special edition car ever produced by Ferrari, is a strict carbon fiber diet – and this is no different for the upcoming Ferrari 812 Superfast VS. Owners should expect a healthy serving of the carbon fiber good stuff – inside and out – which not only upgrades the car aesthetically, but also allows for the just-as-important art of weight reduction.

With all options exhausted, including the carbon fiber wheels, the Competizione weighs about 38 kg less than the 1,525 kg Superfast, bringing it barely within the 1,400 kg range. No official details yet on how much the ‘A’ tips the scales, but the expectation is that it will be slightly heavier than the coupé – extra reinforcements, bracing, et al – despite all the extra carbon fiber that went into the Targa design.

Michelin Pilot Sport Cup 2 R tires will come standard on both of the Comp cars, with 20″ wheels wrapped in 275/35 and 315/35 in the front and rear respectively. These are the latest evolution of Michelin’s tried-and-tested street-legal extreme performance tire, and offer much more grip than previous iterations at the cost of a lower wear rating. The Competizione and Competizione A are ready to conquer to Nürburgring right from the showroom floor.

Ferrari says that the Competizione coupé will have a base price of US$598,567, while the Competizione A will be quite a bit more expensive, starting at US$694,549. Production has already begun, with the first deliveries scheduled for early 2022 the coupé, and about a year after that for the Targa. Word on the street is that all allocations have already been sold / spoken for. 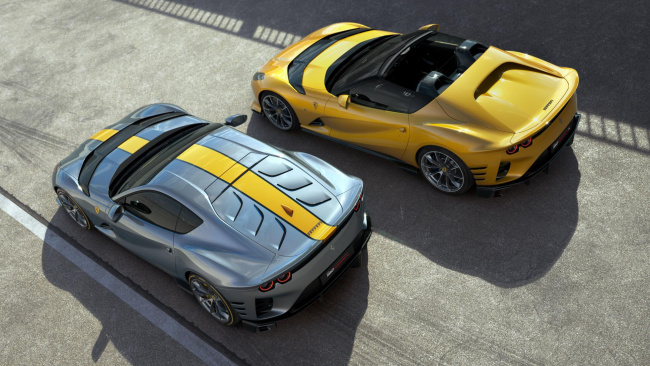 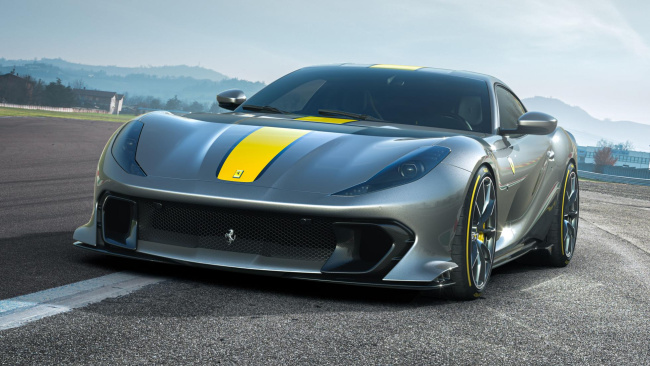 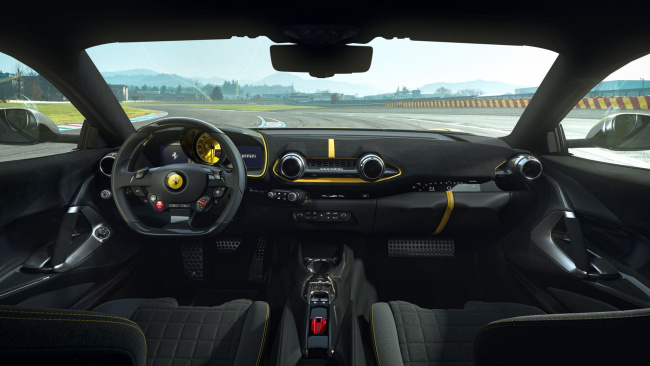 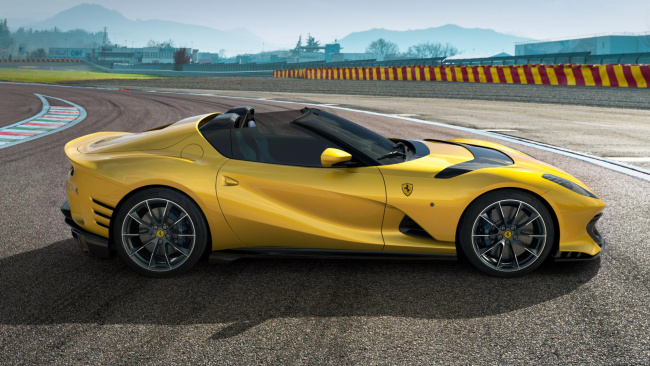 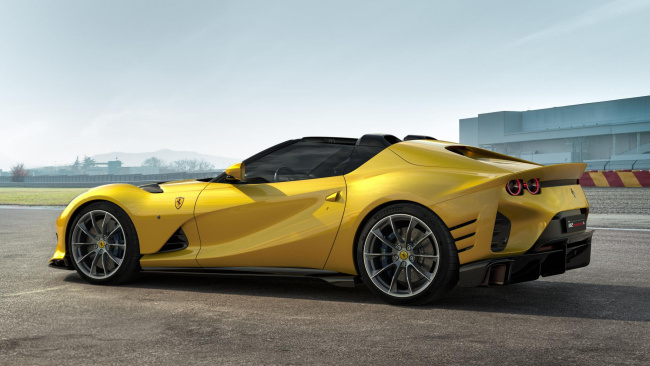 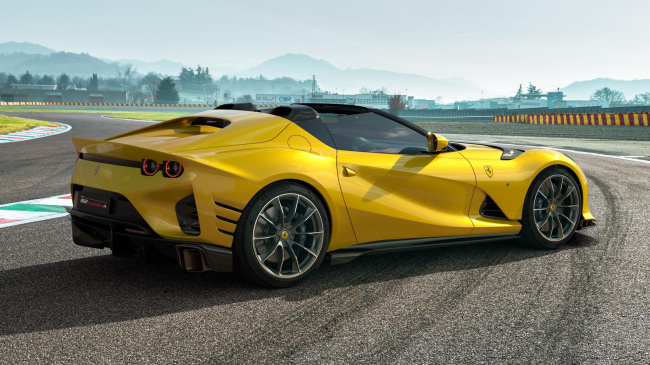 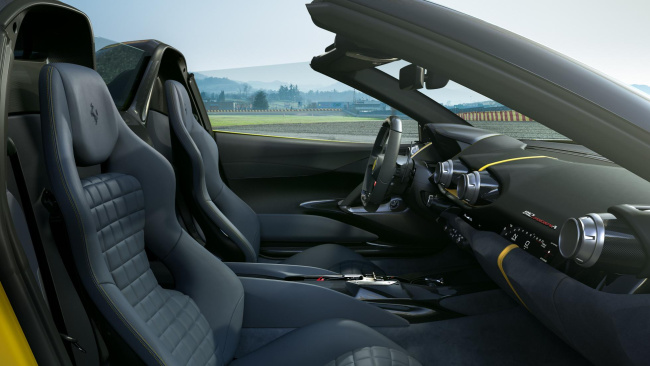 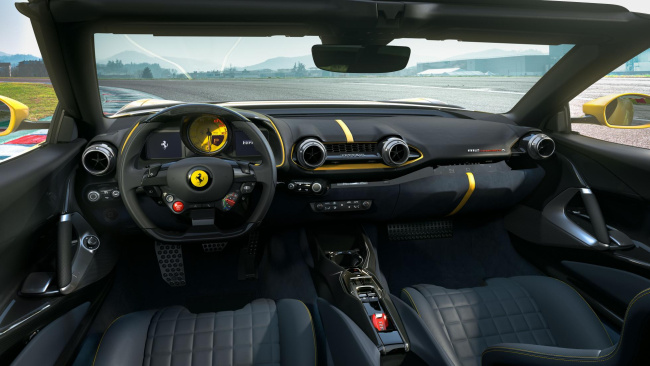 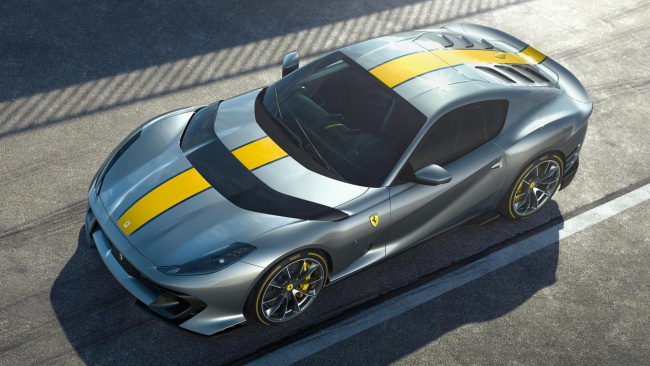 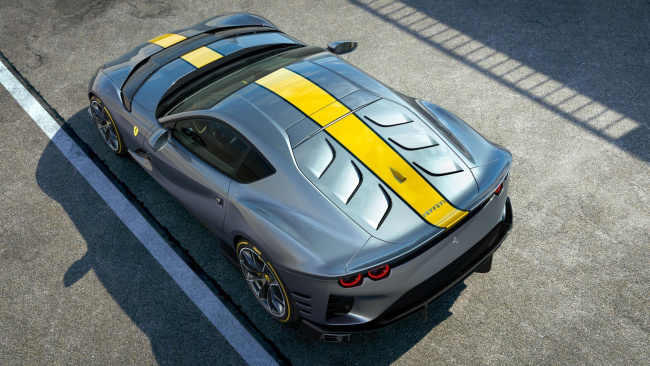 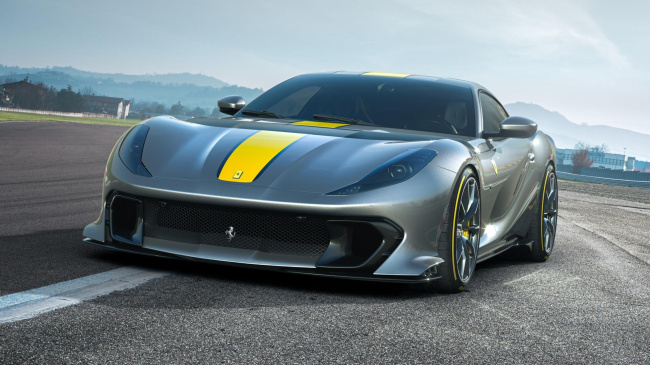 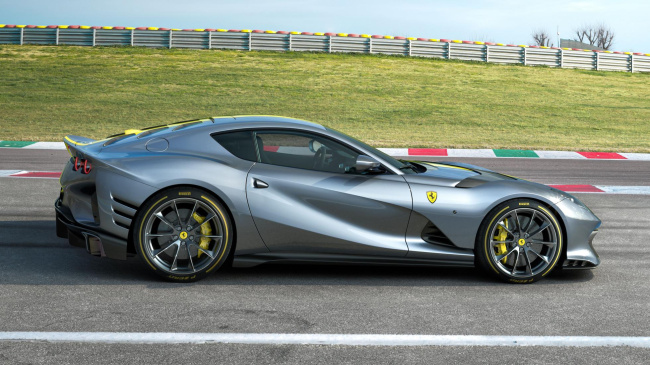 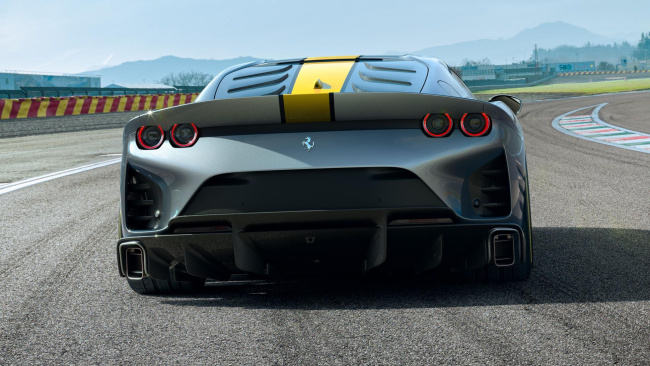 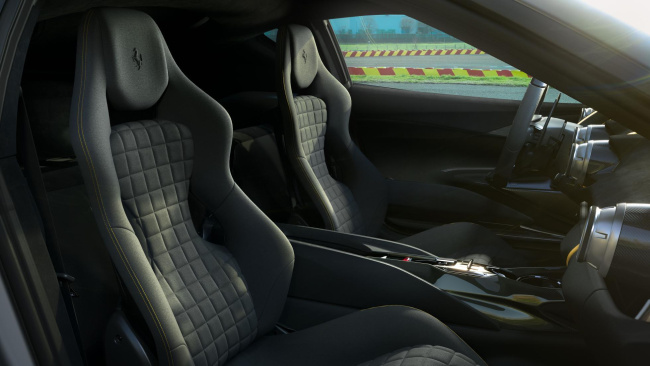