Under new distributors PHS Automotive, Audi’s top-dog super SUV has now entered the Malaysian market with a starting price of RM1.7 million (RM1,699,990). The RS Q8, for context, is basically a Lamborghini Urus without the Italian badge and ornamentation.

For even more context, this sits above the regular Audi Q8 (non-RS) that made its local debut just a few months ago at RM867k. The RS Q8 is also roughly RM600k dearer than the RS 7 Sportback, the previous car to top Audi’s price list in Malaysia. 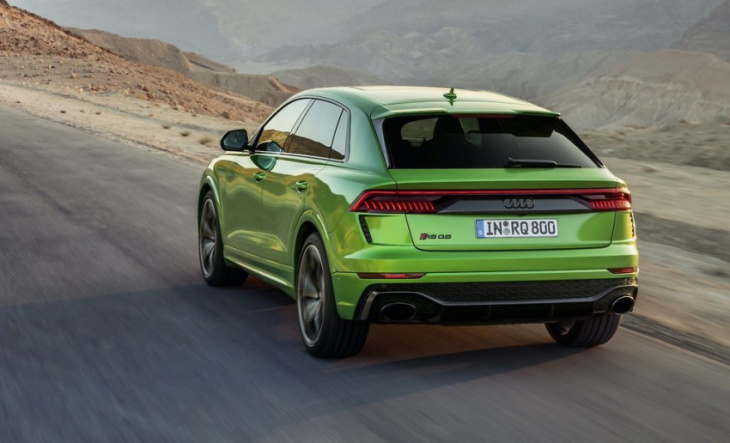 It’s hard to say how its price compares exactly to the Urus as its estimated retail sticker of RM 1 million at the time of its local launch was lacking any taxes, options, or on-road costs. With the Audi, at least, a lot more of those factors are accounted for.

As the RS Q8 is the template from which the Urus was traced, it does share a very similar look and identical footprint on the road. Of course, you get the Audi styling (which some prefer) with the huge Singleframe grille up front. The units pictured here wear a very stand-out colour called Java Green for fans of Kermit the Frog, a look that’s perhaps more fitting of something from Sant’Agata than Ingolstadt. 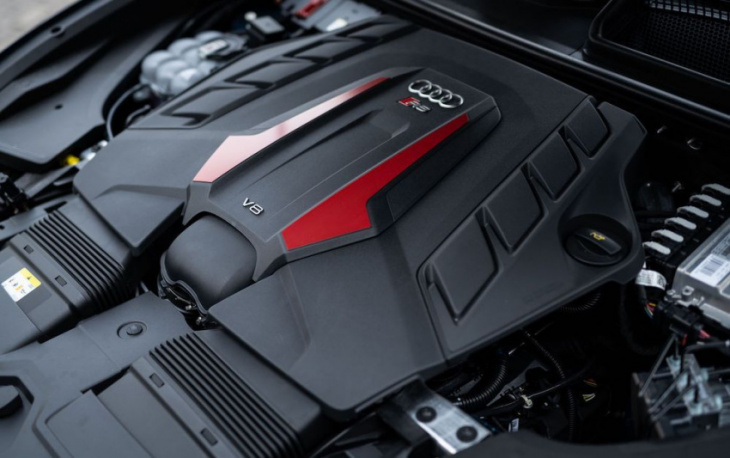 There’s some mild hybrid stuff at play here too to help the thirsty V8 conserve some fuel. A 48-volt starter generator aids low-speed acceleration and engine-less coasting while brake regeneration helps recycle some otherwise lost energy. Not only that, Audi has given the engine cylinder deactivation to operate as a 4-pot in low-load situations such as highway cruising. 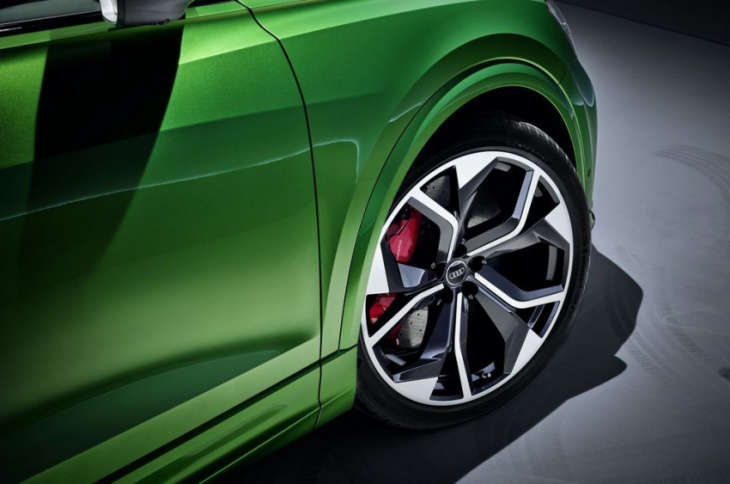 Like its super-SUV peers, the RS Q8 also gains adaptive air suspension and rear-wheel steering to make up for its size and bulk, which is possibly even necessary to ensure the judders from the thin 35 profile Pirelli P Zero tyres on 23-inch wheels aren’t felt in the cabin.

Speaking of which, the interior is perhaps the most obvious area where the Audi and Lambo diverge as the former takes a very clean and minimal approach to controls and switchgear. There are trim and accents specific to Audi Sport such as the Alcantara and exposed carbon weave, but nothing overt or jarring. 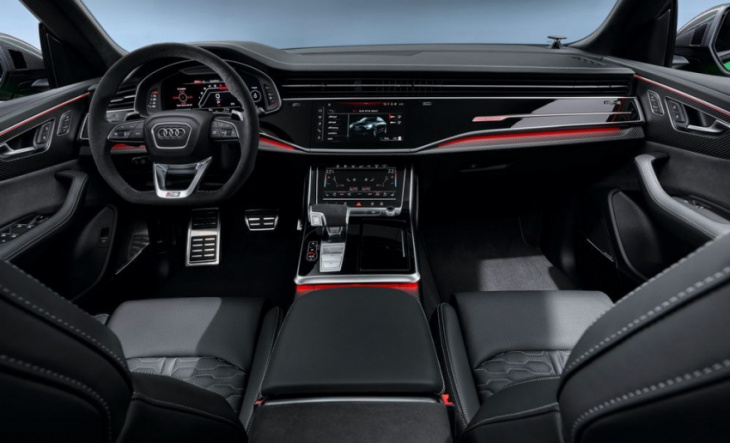 Most of the RS Q8’s functions are accessed via a pair of touchscreens along the centre stack, coupled to Audi’s Virtual Cockpit digital instrument cluster, all with RS graphics thrown in for good measure. 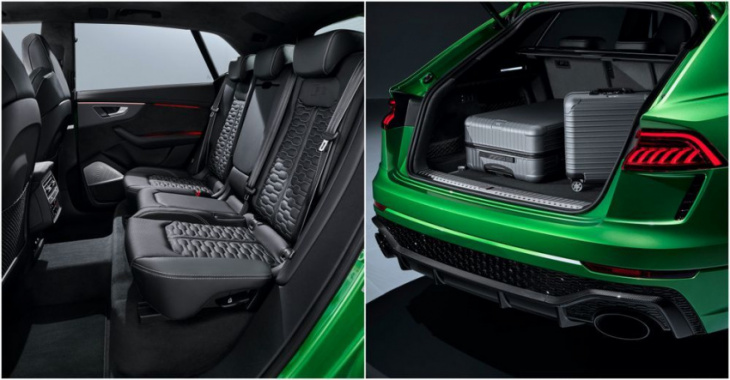 Probably the best part of it all is the after-sales and support package. The fact that the RS Q8 still comes with a 5-year unlimited mileage warranty, 3-years free maintenance, and 5-years roadside assistance is something you definitely can’t say about its rivals in Malaysia.