The affected vehicles are fitted with an eight-speed dual-clutch automatic transmission, as found in the Santa Fe diesel, Sonata N Line, Kona N, and optional for the i30 N hatch and sedan.

The issue affects 8460 examples built between the following dates: 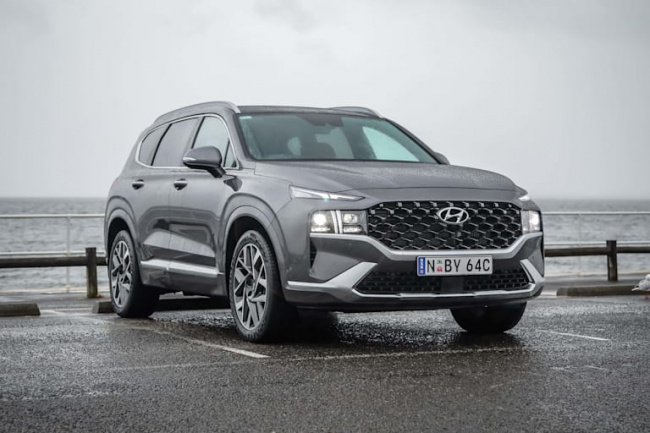 According to Hyundai, a programming issue could cause “the “fail-safe” driving mode [to] not respond as intended” when a transmission electric oil pump fault is detected in the dual-clutch gearbox.

“Under certain driving conditions, the vehicle fail-safe mode may activate, resulting in reduced acceleration followed by a loss of motive power.

“A loss of motive power while driving at high speed could increase the risk of a crash. This could potentially result in injury or death to vehicle occupants and other road users.” 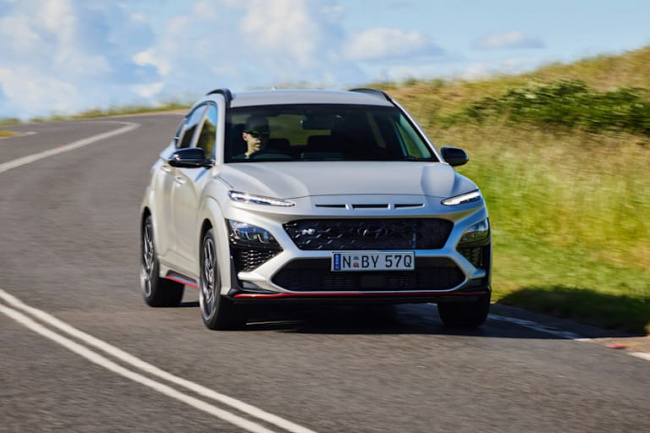 According to the US recall notice, an internal fault in the high-pressure electric oil pump could trigger a diagnostic code, and cause the affected vehicle to enter limp mode before the transmission automatically disengages the clutches after 20-30 seconds to prevent further damage.

The issue affected 61,861 vehicles in the United States across six models, including the Veloster N and Santa Cruz. A temporary stop-sale was initiated in North America in October 2022, but it is now lifted.

It follows a similar recall earlier this month for Kia Sorento vehicles produced between 2020 and 2022, which are fitted with the same eight-speed dual-clutch automatic transmission for diesel variants. 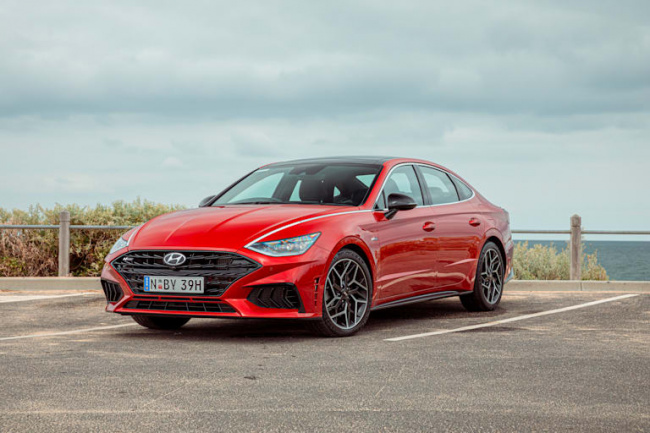 Hyundai Australia said affected owners should immediately contact a dealership to schedule an appointment to update the transmission software, free of charge.

In a letter sent to affected owners, Hyundai said, “there are no known injuries or deaths associated with the defect, either in Australia or outside of Australia.”

SUVs continue to grow in popularity The 2023 Kia Telluride is at the top of the list The 2023 Hyundai Palisade is right behind the Telluride There are many great SUV options on the market right now, and it can be difficult for car buyers to wade through all ...


View more: Best 2023 SUV to Buy According to Edmunds

The Korean automaker wants its customers to benefit from the Inflation Reduction Act.

Showcasing an all-new platform and high power technologies, Richard Gooding discovers the Ioniq 5 redefines Hyundai as a very serious maker of electric cars that combine bold style and impressive substance What is it? The Ioniq range of hybrid, plug-in hybrid and all-electric models introduced the world to Hyundai’s ...

Business As Usual For Hyundai Even after spinning Genesis off as a unique luxury division, Hyundai has continued to march their own brand more and more in that direction. 2020’s Palisade was not only their most luxurious suv yet, but also their biggest. And if we’ve learned nothing else this ...


View more: Where is the Hyundai ute?

As part of a new strategy, Korean auto supplier Hyundai Mobis unveils autonomous shuttles with “e-corner” wheels and announces a partnership with Qualcomm.

Hyundai i20 N facelift confirmed for mid-year, Australia likely in 2024

CPS 2023: Baby blue is the only juvenial trait of the demented Hyundai i30N