2017 Hyundai Elantra: Is This Used Car Worth Buying?

The Hyundai Elantra has made a name for itself in the crowded compact car class. It is available as a sedan or hatchback and offers plenty of room and standard features. What makes it stand out is its attractive styling and well-designed interior. It offers more premium quality than you would expect of a car in this class. Those attributes, plus good safety and reliability ratings, make it a solid pick. 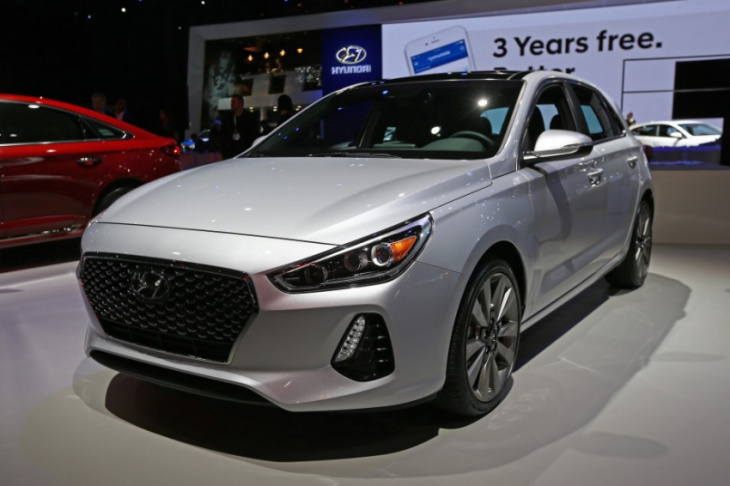 The 2017 Elantra is available in five trim levels:

The base SE is equipped with a 2.0 four-cylinder engine putting out 147 hp and includes remote keyless entry, satellite radio, and a USB port as standard equipment. A six-speed manual transmission is standard, but a six-speed auto is optional. Additionally, the SE is available in two option packages:

The Elantra Eco and Elantra Limited trim levels come standard with the above features. The Eco is equipped with a 128 hp turbocharged 1.4-liter four-cylinder engine and a seven-speed dual-clutch automatic transmission. This drivetrain improves fuel economy and acceleration but feels slightly clunky compared to the standard automatic.

The Sport and GT models are available for people who want more performance. The Elantra Sport is similar to the SE trim with the Popular Equipment package but includes a sportier suspension, quicker steering, larger brakes, and 173 hp turbocharged four-cylinder.

Finally, the Elantra GT is similar to the Sport with two exceptions. First, it’s the only Elantra that offers a convenient hatchback body style. Additionally, it gains an additional 28 hp over the Sport bringing the total to 201.

U.S. News says the 2017 Hyundai Elantra is a good option in the compact car segment. It praised the Elantra for its predicted reliability and IIHS Top Saftey Pick+ designation. U.S. News also likes the Elantra’s interior, saying, “It’s especially impressive inside, thanks to its easy-to-use features, handsome materials, and generous seating space.” However, it ranks 16th out of 46 cars in U.S. News’ 2022 Compact Used Car ranking. The company summed up the Elantra by saying it’s a good option, but “there are better cars to consider as well.”

In Consumer Reports’ review of the 2017 Hyundai Elantra, the company also praised its interior, saying, “user-friendliness is an Elantra strong point, aided by a relatively spacious interior.” Like U.S. News, Consumer Reports ranked the Elantra in the middle of the pack noting it lacked the refinement of other cars in its class.

Not surprisingly, Car and Driver had many of the same things to say about the 2017 Elantra. The editors summed up their verdict with, “the Elantra offers good value and is a solid choice in the compact-car segment, but it falls short of leading the class.” The review also commented how the Elantra has improved significantly since it was first launched, going from a “bargain-basement sedan” to a “well-rounded, mature small car.”

Is the 2017 Hyundai Elantra a Reliable Car?

The 2017 Elantra has a predicted reliability rating of four out of five from J.D. Power, which is good for the class. It’s covered by Hyundai’s 5-year/60,000-mile powertrain warranty.

Is the 2017 Hyundai Elantra Worth Buying?

The 2017 Hyundai Elantra is a good option if you’re looking at used compact cars in the $15,000 to $20,000 range. It features a roomy interior and offers an impressive amount of space and plenty of easy-to-use features. It also has good predicted reliability ratings, one of the better warranties, and received the Insurance Institute for Highway Safety’s Top Safety Pick+ award for 2017.

Don’t let the middle-of-the-pack ratings fool you – it speaks to the quality of cars in the compact segment as opposed to the Elantra’s ratings. Other cars in this class that offer a better driving experience, including the Honda Civic and Mazda 3. But it’s hard to beat the Elantra on features and value for the price.

Keyword: 2017 Hyundai Elantra: Is This Used Car Worth Buying?

In another reliability survey, the Hyundai Tucson and MINI Convertible are deemed the most dependable new cars in the UK with a perfect 100 percent score. They were the only two all-new models, joined by the 2014-2019 Kia Soul and 2017-2021 Mitsubishi Eclipse Cross. Done by British car buyers ...

The upcoming Kona EV is expected to look quite different compared to the current model, but specs will hardly change.

The new Kona will arrive next year, featuring a 300-mile electric range and a hybrid option

Owner Review: From A to C, Korean to be! My 2017 Hyundai Elantra AD