With gas prices being so unstable recently, many drivers have been thinking about their car’s gas mileage. Truck owners usually don’t care about how much gas or diesel their truck needs, but there are still economical options that truck lovers can consider if they start to feel the pinch. Here’s a look at the two full-size trucks that tie for having the best fuel economy right now, and neither are electric.

The Ford F-150 Lightning is Ford’s first electric truck and is already quite popular. A 2023 Lightning will start at over $50,000, and with the big battery option, it can go over 320 miles on a single charge. The Rivian R1T is another capable electric truck, but it’ll cost more than the Ford. The R1T currently starts at about $68,000.

More electric trucks are coming soon, including the Tesla Cybertruck and the Chevy Silverado EV. Many people are still skeptical about owning an EV right now, so these options may be a no-go for them.

The standard Silverado starts at about $35,000 and comes with a 2.7-liter turbocharged four-cylinder, but it only gets about 21 mpg combined. When the Silverado is equipped with the 3.0-liter six-cylinder turbodiesel, however, it gets 23 mpg in the city and 31 mpg on highways, for 27 mpg combined. 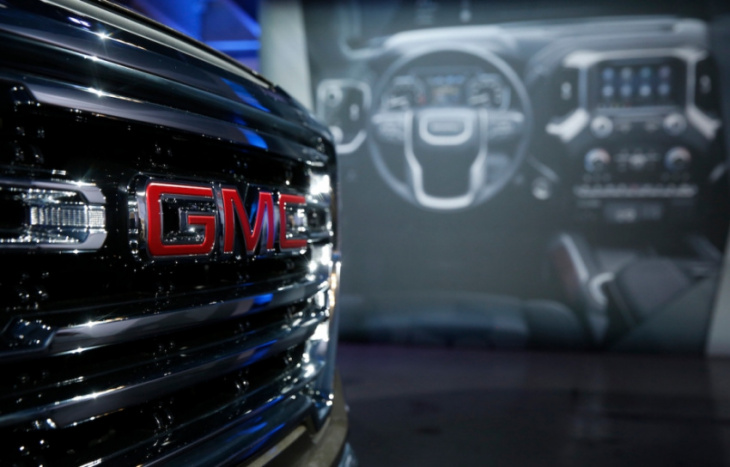 Unsurprisingly, the runner-up for the most fuel-efficient full-size truck is the GMC Sierra 1500. This isn’t surprising because General Motors owns Chevy and GMC. As such, some models in their lineups are effectively clones of each other. However, there are some differences between the two vehicles, as GMC is envisioned as a more luxurious brand than Chevy.

In terms of full-size trucks, the Sierra is almost identical to the Silverado, and it’s similar in terms of engine options. Just like the Silverado, the standard Sierra’s engine isn’t that fuel efficient, but GMC offers the same turbodiesel option that Chevy does. When car shoppers equip their Sierra with that turbodiesel, it’ll also get about 27 mpg combined.