• This 1988 Ferrari Testarossa that’s currently up for auction on Bring a Trailer has us overdosing on nostalgia.

• Not only is the Testarossa an ’80s icon thanks to the TV show Miami Vice, but the BaT photoshoot has vivid retro vibes.

If you waste as much time dreamscrolling on Bring a Trailer as I do, by now you know the vast array of exotic and vintage vehicles can easily blend together unless you’re searching for something specific. If I had a dime for every time I saw a Ferrari Testarossa up for auction, I feel like I’d have enough to actually afford one. However, the 1988 example that’s currently listed on BaT, which—like Car and Driver—is part of Hearst Autos, caused me to pause due to its wonderfully retro photoshoot. 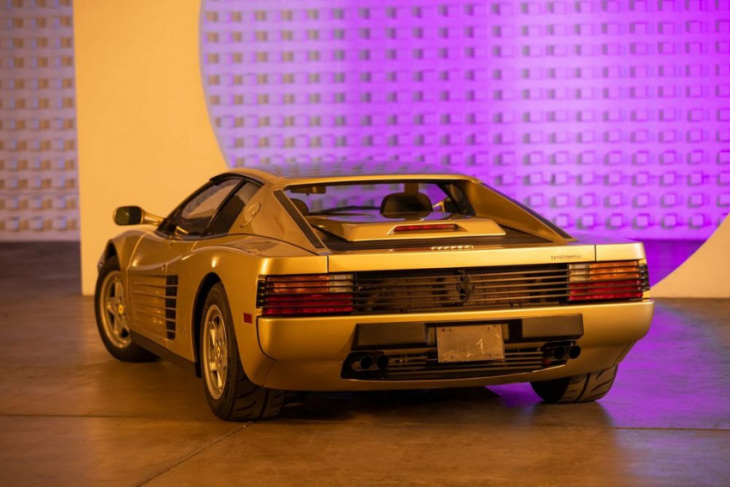 There’s just something about the purple and gold backdrop in the Testarossa photos that vividly recalls the 1980s vibe, a decade when cars were characters as big in American TV shows as the actors who drove them. Who can forget K.I.T.T., the black customized 1982 Pontiac Trans Am from Knight Rider, or the red Ferrari 308GTS Quattrovalvole wheeled by a mustachioed Tom Selleck in Magnum P.I.? And of course, the other ride that epitomizes the ’80s is the Testarossa, like the white one Don Johnson’s character Sonny Crockett drives in Miami Vice.

All of this automotive nostalgia was stirred up inside me when I scrolled past the ’88 Testarossa listing, and I was compelled to investigate further because I wasn’t even quite sure what color paint it had. Upon closer inspection, I discovered it wore what Ferrari calls Oro Chiaro Metallizzato (translation: clear gold metallic light blue-green). It certainly wouldn’t be my first choice. Then again, what’s tackier, er, more appropriate to represent 1980s style than a gold supercar? 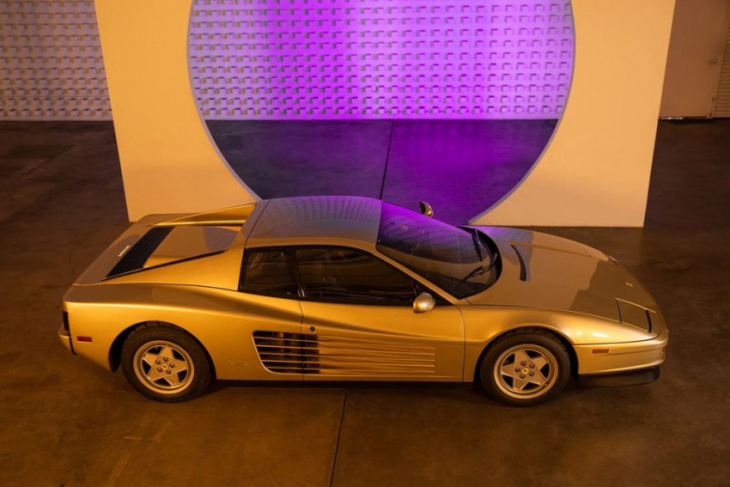 For those of you who could care less about my incessant nostalgia, I’m happy to point out that this specific Testarossa only has just over 5000 miles on it. Whether those were easy or hard miles, we’ll never know. Judging by the pictures, though, this Ferrari looks pretty mint on top, inside, and underneath. Currently, it has a bid of $112,000, and the auction is set to end on Tuesday, November 29.

Its Nero Connolly (read: black) leather interior looks immaculate and free of wear, although the color combination is a boring choice, in my humble opinion. I think the seats look as if they were pulled out of a bumper car, and the center console is a distracting hodgepodge of buttons. Still, I only wish I could grip the Ferrari’s thin-rimmed three-spoke steering wheel and clink the shifter through its exposed gates. Did I mention this car comes with matching luggage? That is so fetch. 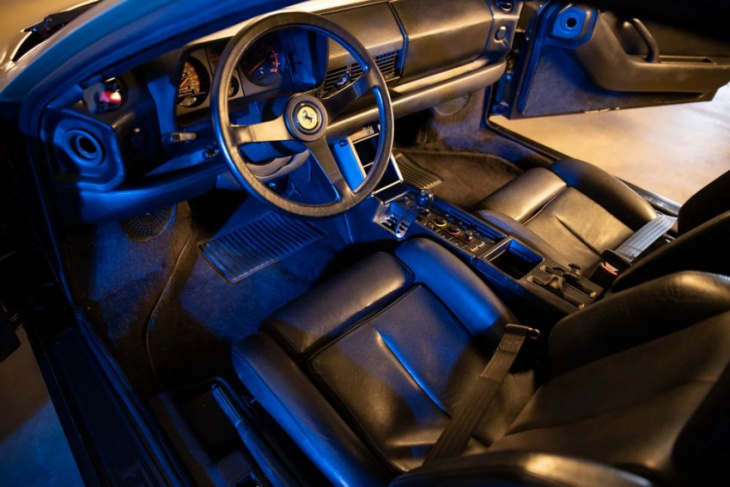 Last but not least, the 1988 Ferrari Testarossa features a 4.9-liter flat-12-cylinder engine. By today’s standards, its factory-rated 380 horsepower and 354 pound-feet of torque wouldn’t even impress people with a Ford Explorer ST in their driveway. When Car and Driver tested a 1985 Testarossa, it needed 5.0 seconds to hit 60 mph and 13.3 seconds at 107 mph to finish the quarter-mile. Again, a 1087-pound-heavier, 400-hp Explorer ST is within tenths of both marks. 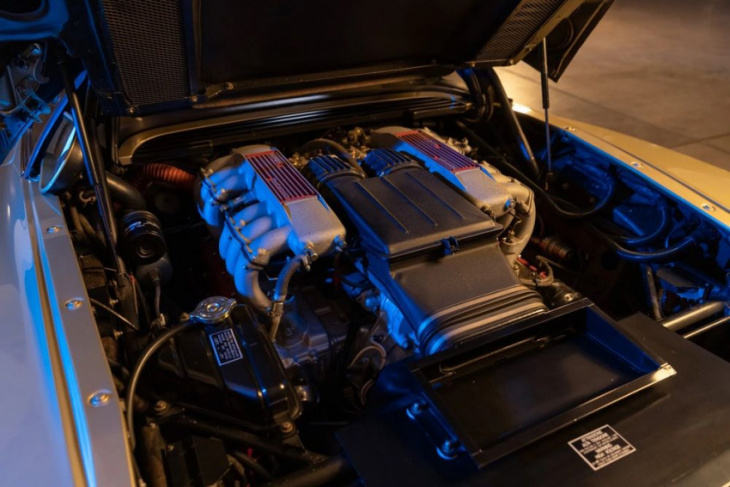 Yet, in this admittedly random Ford-versus-Ferrari comparison, it should be obvious that when it comes to the Testarossa, it’s never going to be about the numbers. It’s about being one of the most recognizable cars on the planet, and one that makes you feel like a sun-tanned Sonny Crockett chasing coke-dealing baddies through the streets of 1980s Miami.