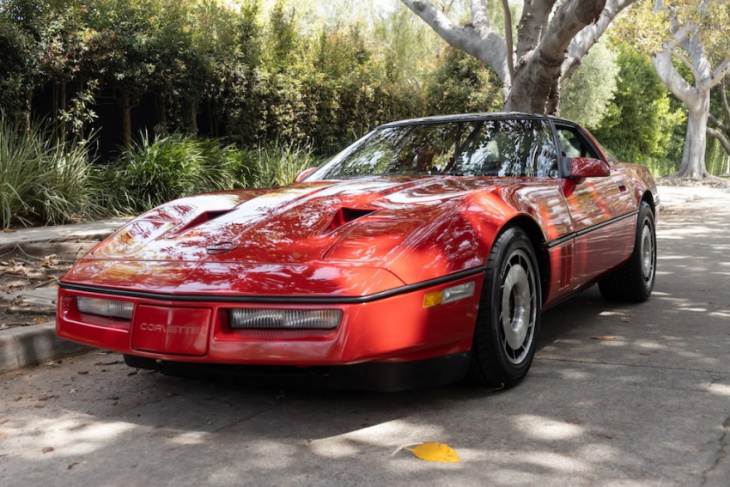 One of just 184 built, this 1987 Callaway Twin Turbo Corvette is arguably the nicest one of that lot.

Callaway has long been synonymous with the Corvette – more specifically, as a company that has been building faster and more capable versions of the popular model for decades. That tradition carries on today with the latest generation of GM’s legendary sports car, but things really kicked off years ago with the C4, which is when Callaway made a name for itself by turning cars made during a dark time for horsepower into true world beaters. Now, this incredibly nice 1987 Callaway Twin Turbo Corvette has emerged for sale at Bring a Trailer, and it’s a truly fine and rather rare example of its breed.

For starters, this particular 1987 Callaway Twin Turbo Corvette has just 28k original miles on the clock, which is quite low for its age. As such, the car looks nearly brand new, sporting a virtually flawless Bright Red paint job, aero Callaway mirrors, badging, and functional NACA hood ducts. The car rolls on a set of replacement Z51-spec wheels wrapped with 245/50 tires up front and 255/50 in the rear. 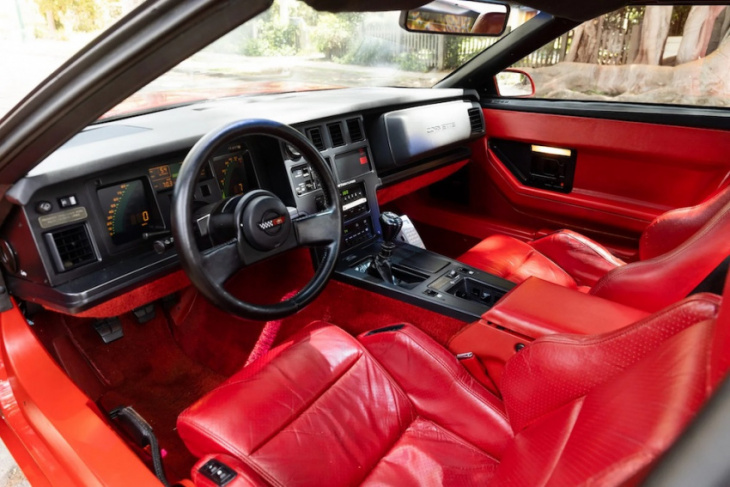 The matching red leather interior is also in fantastic condition with few signs of wear, outside of the typical creased seats. Otherwise, hopping behind the wheel of this C4 is like taking a trip back in time, though that can be a good thing or bad thing depending on how you feel about these cabins. Regardless, there are loads of amenities here worth pointing out, including power-adjustable seats, automatic climate control, cruise control, a cassette stereo with Delco-Bose audio, and a Motorola cell phone that screams ’80s. 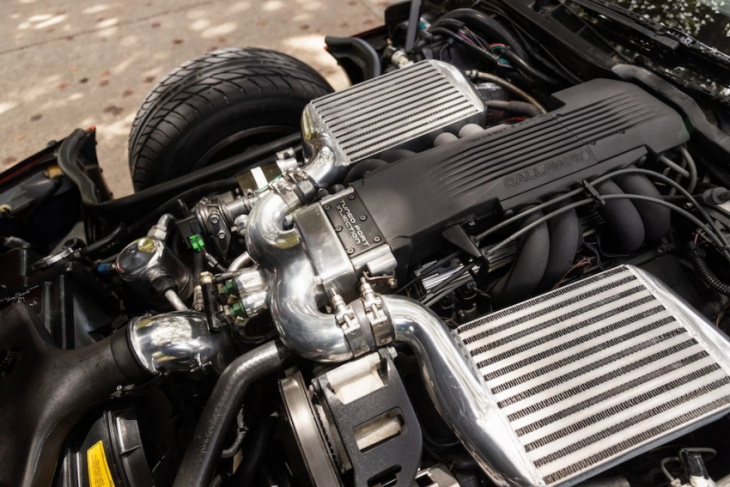 Of course, the real story here is what lies under the hood, and it’s a good one – GM’s 5.7-liter V8, which has been modified by Callaway with the addition of two turbos, an intercooler, and beefed up internals. The result is a factory-rated 345 horsepower and 465 pound-feet of torque, which flows to the rear wheels via a Doug Nash four-speed manual transmission with electronic overdrive and a limited-slip differential. Underneath, Koni shocks, anti-lock disc brakes, and the Z51 Performance Handling Package help manage that extra power. 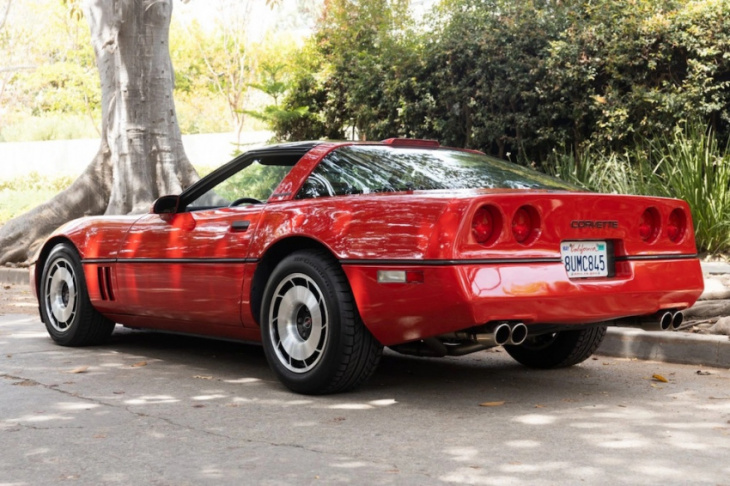 In fantastic condition and as one of just 184 built by Callaway for the 1987 model year, it’s hard to find much fault with this amazing C4. Still quick by today’s standards and sporting some timeless styling, we imagine that it will find a good home when this particular auction ends, and we hope that the new owner cares for it as well as those that have had it in their possession for the past 35 years or so. 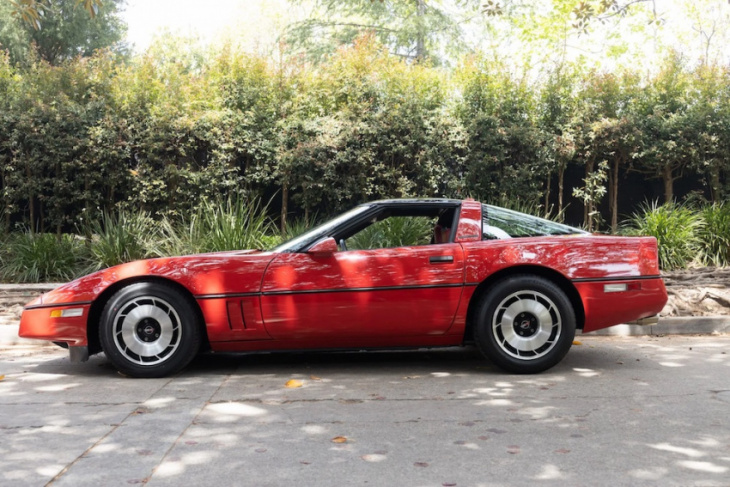 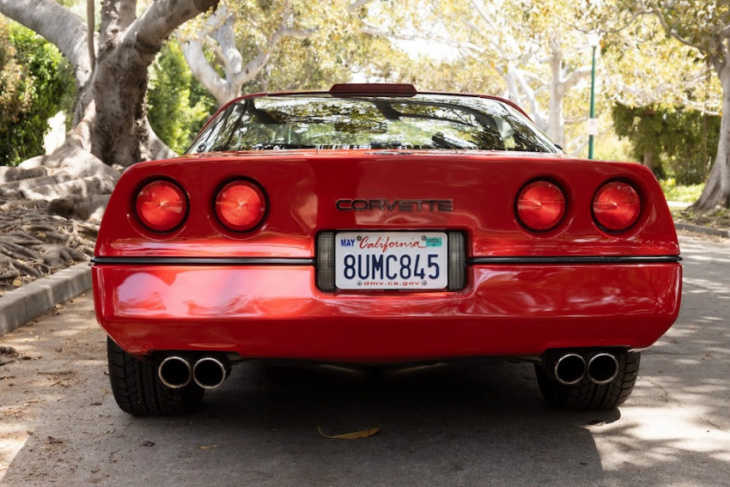 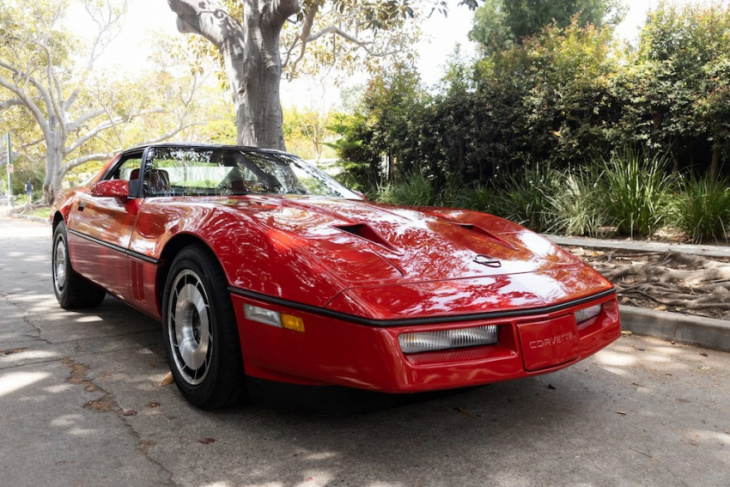 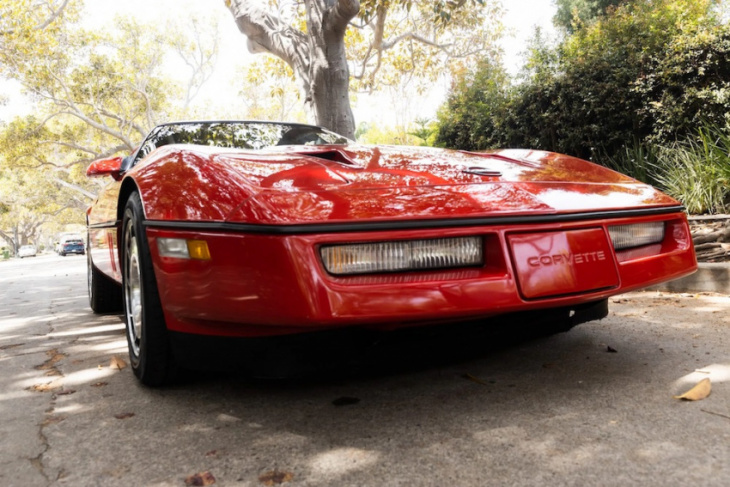 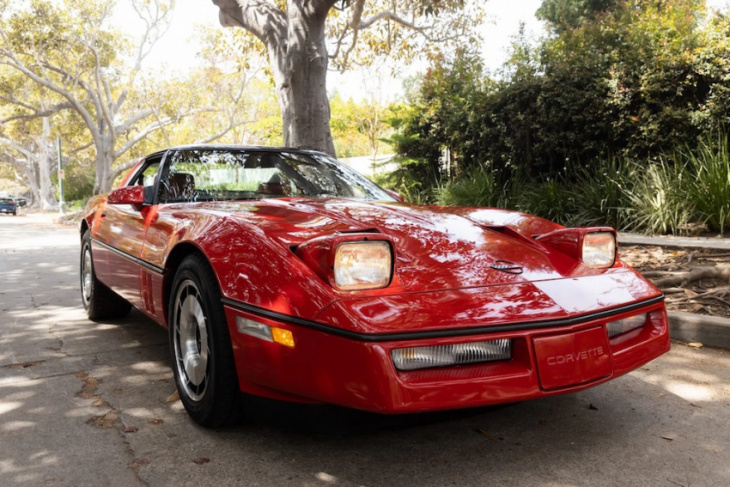 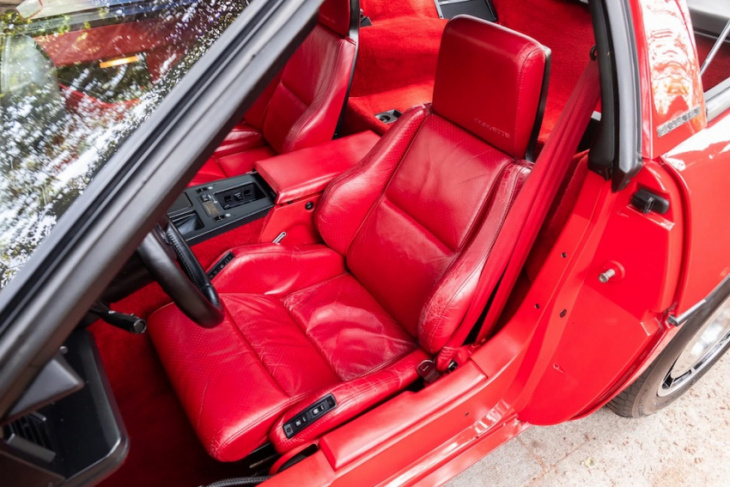