A tiny Dodge pickup with 80 oil-burning Mitsubishi horses under the hood. 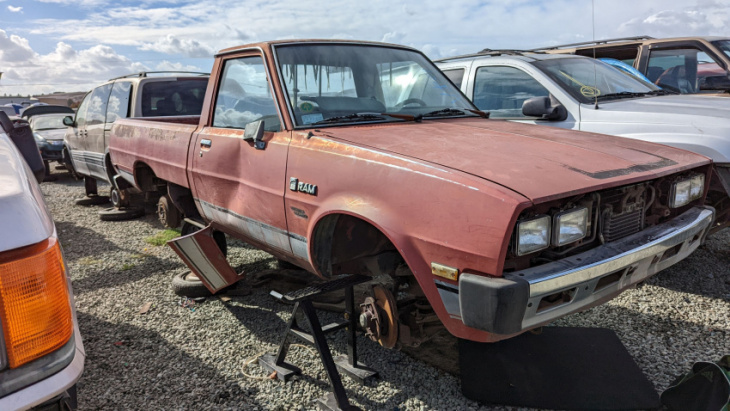 We’ve seen a couple of incredibly rare diesel-powered Junkyard Treasures of the 1980s in recent weeks (an Olds Cutlass Ciera and a Toyota Corolla with the oil-burning engines that few Americans of the era felt willing to buy). And now here’s another long-forgotten diesel for your enjoyment: a Dodge-badged Mitsubishi Triton with a 4D55 oil-burner under the hood, found recently in a Northern California self-service car graveyard. 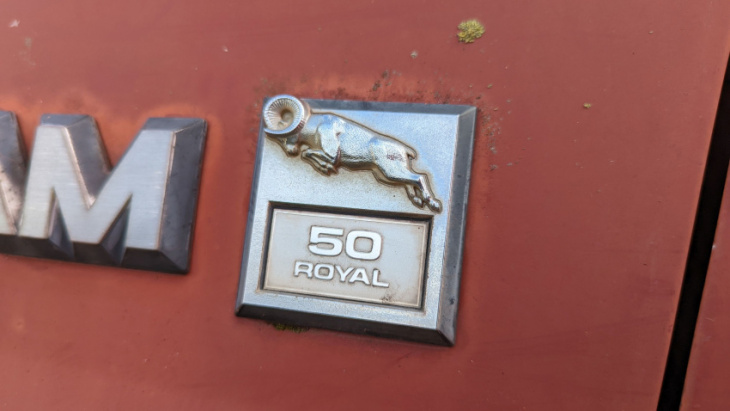 Chrysler, seeing the sales success of the Mazda-built Ford Courier and Isuzu-built Chevrolet LUV during the 1970s, made a deal with Mitsubishi to bring over the Triton (also known as the Forte) and give it Dodge D-50 and Plymouth Arrow badges. Eventually, the Plymouth version got the axe and the D-50 became the Ram 50. When Mitsubishi began selling its own vehicles here during the 1983 model year, the Triton became available in the United States with Mighty Max badges. This one has the mid-grade Royal trim level. 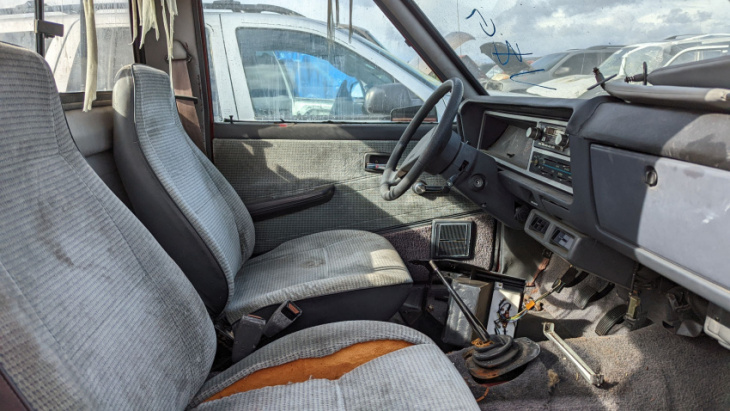 The interior is typical 1980s mini-truck, with industrial-grade upholstery and simple bucket seats. 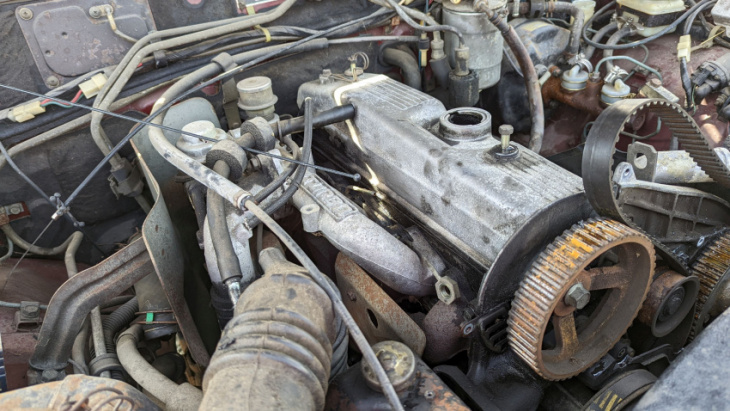 The engine is a 2.3-liter straight-four non-intercooled diesel, a member of the very successful Mitsubishi Astron family. Power in this application was 80 hp. This engine would bolt into any number of Mitsubishis of the era, including the Cordia and Starion. The Mighty Max was available with this engine as well; this is the first example of a US-market Mitsubishi pickup I’ve ever seen with a diesel, in the junkyard or otherwise. 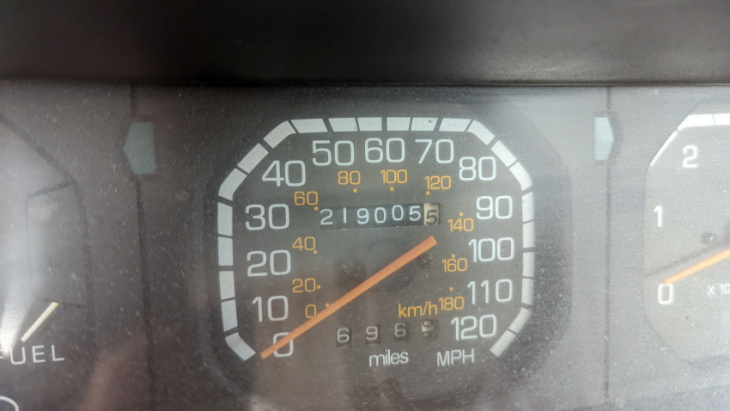 Not quite a quarter-million miles on the clock, but close.

Advertising for these trucks tended to emphasize the price.

If you wanted the Mitsubishi-badged version in 1985, you could get 9.9% financing, $99 down, and nine new features!

Dodge’s first new vehicle in 10 years The 2023 Dodge Hornet’s price, specs, and features The Dodge Hornet is a rebadged Alfa Romeo The Hornet will bring young buyers back to Dodge After years without a new model in its lineup, Dodge has released a lineup of new vehicles. ...


View more: Everything You Need to Know About the 2023 Dodge Hornet so Far

How much should an affordable used car cost? The Dodge Charger costs over $40,000 in Hawaii Other states where used muscle cars are too expensive Supply chain shortages keep popping up everywhere, prompting shoppers to purchase used cars rather than wait for new ones. However, combined with the aftermath ...


View more: The Dodge Charger Is the Least Affordable Used Car to Buy in Hawaii, According to iSeeCars

Ram owners were asked to rank their truck in 10 categories What do the experts say about the Ram 1500’s interior? There might be a simple explanation for the disconnect Truck owners are some of the most loyal auto enthusiasts out there. Consumers who buy trucks tend to be ...

Iveco Bus, a brand of Iveco Group N.V., has signed a framework agreement with the Flemish government-owned public transport enterprise De Lijn for the sale of a first batch of 65 E-WAY full electric city buses and further batches up to a total of 500 vehicles


View more: Iveco Bus signs a framework agreement for the sale of up to 500 electric buses in Belgium