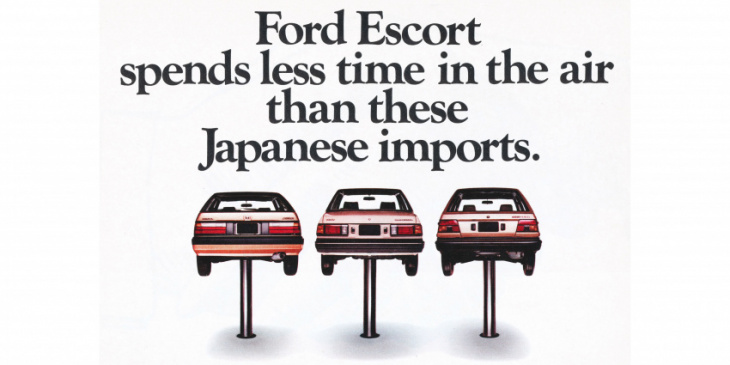 The Ford Escort first hit American showrooms as a 1981 model, replacing the amazingly obsolete Pinto. It became the best-selling car in America in 1982 and stayed on top of the charts for most of the decade. Here’s a magazine ad for the 1984 Escort bragging about a quality most car shoppers don’t consider: the number of scheduled maintenance items. 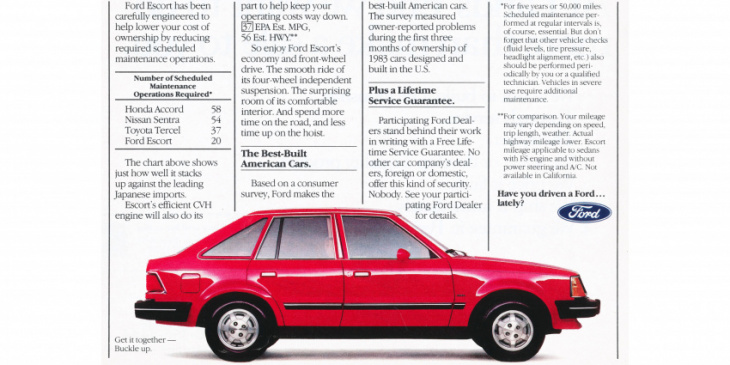 Yes, just 20 scheduled maintenance items for the first five years! The Accord demanded 58. Who’s got that kind of time? Of course, the 1980s Accords held together pretty well, but that’s hindsight.