Concerned by the decline in sales during the early 1970s of Porsche’s synonymous model, the 911, the company decided that a radical new design was required. The 928 was a complete departure from any previous Porsche designs, using a large-displacement water-cooled V-8 mounted in the front of the chassis, with power being delivered through a transaxle to ensure excellent handling thanks to a 50/50 weight distribution. In order to stay ahead of competing manufacturers, Porsche introduced the 928 S in 1980 for the European market only. Aside from visual improvements, the most noticeable improvement was the introduction of the enlarged 4,664-cc V-8 engine producing 300 brake horsepower. 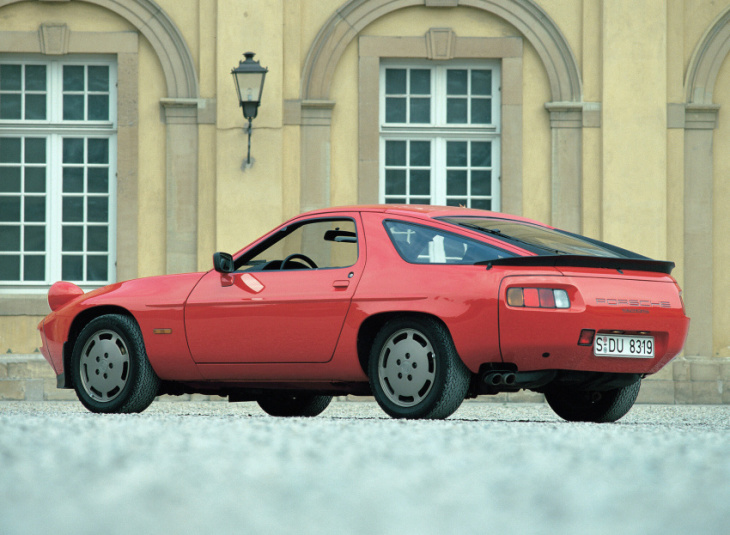