The last model year for the first-generation Mustang. 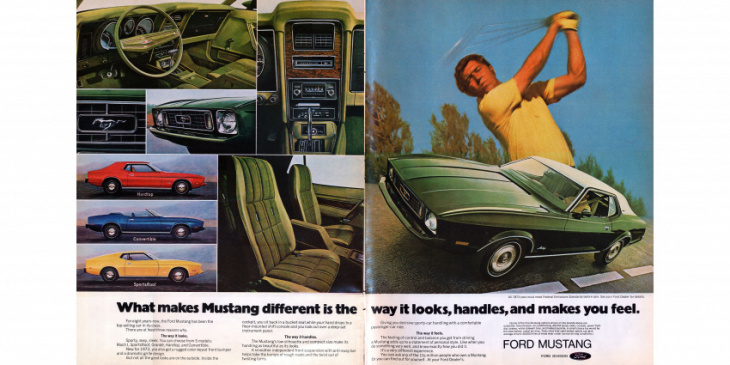 As is so often the case with car models, the first-generation Ford Mustang gained weight with each passing year; the 1964-1/2 hardtop with six-cylinder engine weighed 2449 pounds, while its 1973 counterpart scaled in at 2984 pounds (then shed hundreds of pounds when it went to a Pinto-derived platform for 1974). At the same time, the Mustang became more comfortable as it evolved from sporty-commuter Falcon sibling to personal luxury car. Here’s a centerfold magazine advertisement for the 1973 Mustang models.

Keyword: 1973 Ford Mustang Different, Heavier than Ever Before