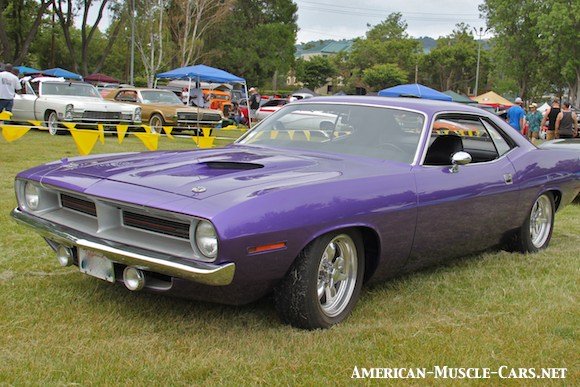 1970 PLYMOUTH CUDA BACKGROUND
While Plymouth was fully ensconced in the Classic Muscle Car Era and the 1960s Horsepower Wars, it was mostly with an assortment of compact and midsized cars with huge engines stuffed in. Classic muscle car-tech. It’s what Chevy did with the Chevelle SS and how Pontiac turned the lowly Tempest into arguably the world’s first muscle car, the GTO. Plymouth had done great business turning the compact Valiant into the first Barracuda, and the midsized Belvedere into the Road Runner and GTX. Plymouth occupied the lower-price-tier in the muscle car market, and did very well for themselves. But, the one thing they were lacking was a bona fide Pony Car, to compete with Mustang and Camaro. The early Barracudas were crude attempts at this, very crude, and not nearly what was needed to tap into this huge new market. It took until 1970 for Dodge and Plymouth to launch their first true Pony Cars, the Dodge Challenger and Plymouth Barracuda. Just in time to hit the peak of the muscle car era in 1970 and to follow it’s decline from then on. Most enthusiasts and collectors consider these Mopar twins to be the best Pony Cars to come out of this era. Unfortunately, they just arrived to late to make nearly the impact that they could have, and should have. 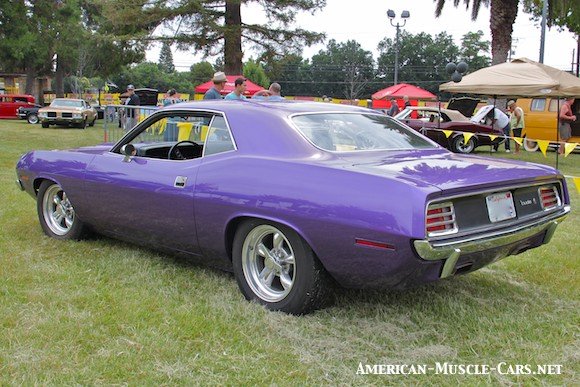 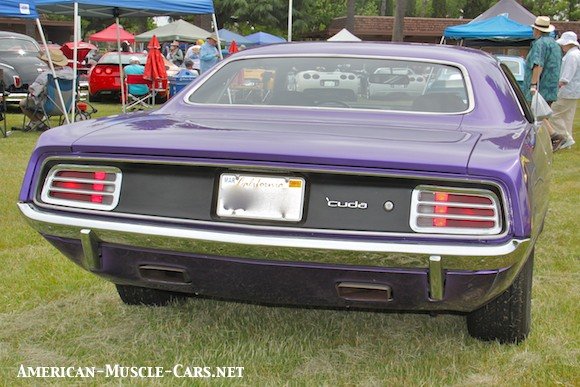 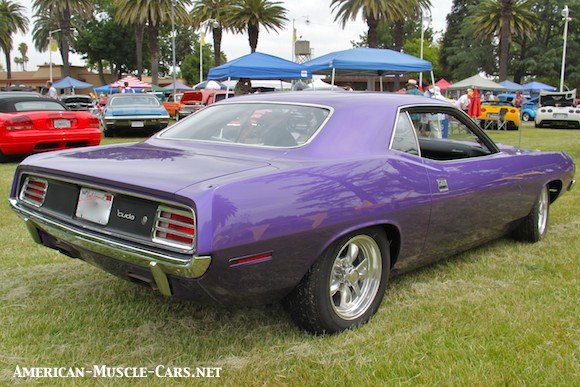 1970 PLYMOUTH CUDA DESIGN
The 1970 Plymouth Cuda shared it’s E-body platform with the Dodge Challenger, although it rode on a 2-inch shorter wheelbase than the Challenger. Interestingly, even though the Challenger had the longer wheelbase, it was 3-inches shorter than the Cuda. While viewed separately, they appear to be similar, they two sister-cars didn’t share a single body panel, and when viewed side-by-side, many differences emerge. Designed by John Herlitz, the new look abandoned the old fastback design in favor of a sporty hardtop with a long hood and short rear deck. It was also available as a convertible. The E-body was actually a modified B-body that had been shortened and widened. Otherwise, it shared all the common hardware out of Chrysler’s parts bin. And the new E-body cars were designed from the start to accept every engine Chrysler built, right up to the massive 426 Hemi. 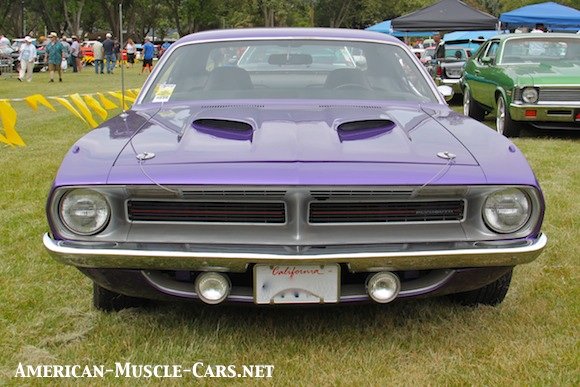 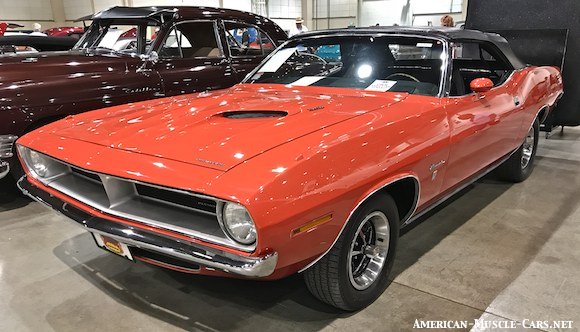 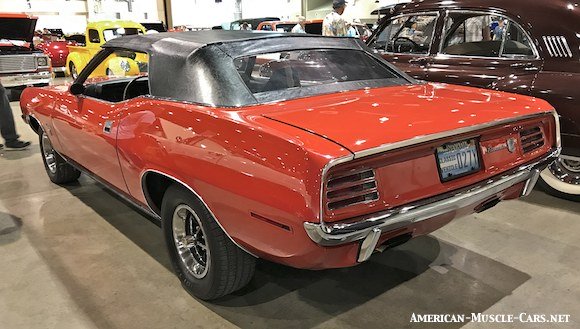 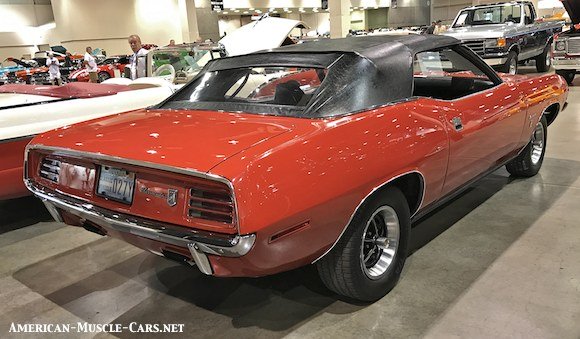 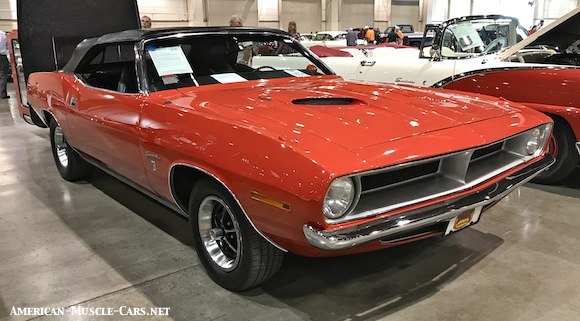 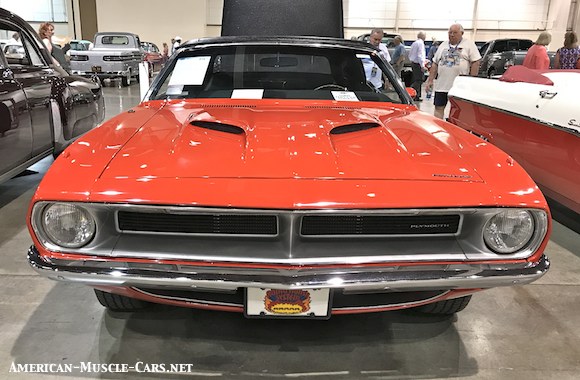 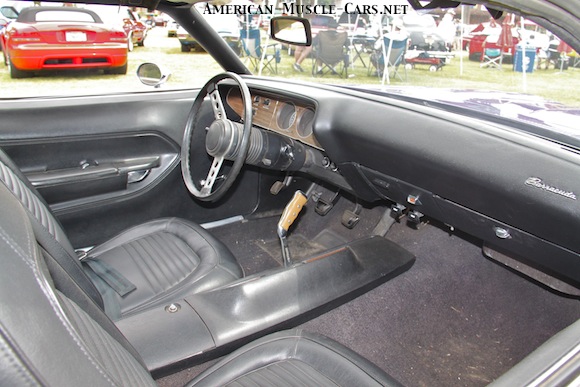 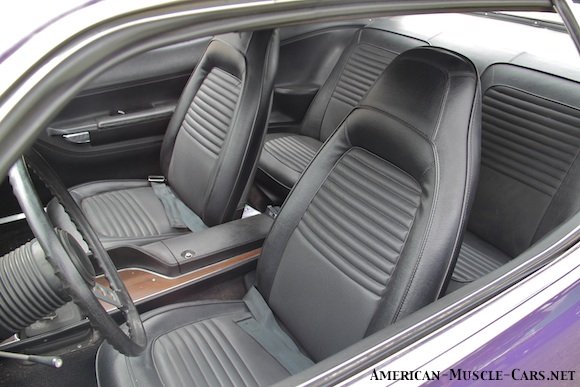 5 Reasons Why You Shouldn’t Forget About Plymouth

Barn-Found 1955 Plymouth Belvedere Limo Might Be the Last of Its Kind, Needs Help

1970 Plymouth Superbird Is A Masterpiece Of American Automotive History

On the Road: 1975 Plymouth Road Runner

Unrestored 1969 Plymouth Road Runner Is a 53-Year-Old Survivor Bought From a Farm.

Most of them came with a 383 (6.2-liter) engine under the hood, while only a little over 400 cars were equipped with the 426 (7.0-liter) V8. Out of these, only 187 featured an automatic transmission. The 2-door coupe was the second most popular version for this model year with ...

And it’s not only thanks to its lower price but also because they are the ones to perform the full restoration to factory specifications, therefore turning a previously abandoned model into a collector’s dream. And the 1971 Barracuda that we have here is totally a collector’s dream without even ...

Introduced in 1964 with a range-topping V8 engine good for only 180 horsepower, the Plymouth Barracuda came to life as a mundane body. But the nameplate quickly developed into a full-blown muscle car, gaining the company’s larger mills in the late 1960s. Yup, pink may seem like a strange ...

Don’t miss your chance to own this vintage Mopar! Once known as one of the great gods of Mopar, Plymouth has made a name for itself over the years for producing some of the most excellent muscle cars in history. This American automotive legend was one of the biggest manufacturers ...

Disaster Barnyard Find Plymouth Gets Cleaned Up After 70 Years

Check out this first wash… When regarding the 1940s most current enthusiasts might be tempted to think of brands on the GM spectrum such as Cadillac. Who could really blame them? In fact  brands like that one have been responsible for some of the most attractive vehicles in American ...

This vintage Mopar is a great example of American automotive excellence. There were three brands in American automotive history that we all know and love in the early years of automotive creation. GM, Ford, and Mopar, known as the big three, were virtual vehicular monopolies making them giants in ...

Is This the Hottest Plymouth Superbird in Existence? Not long ago we featured one of the Plymouth Superbirds from Bob Jennings amazing collection of Winged Mopars. Being a 25,000 original miles factory Petty Blue survivor, I thought it was the hottest he owns, until I saw this one. A Black ...

Produced from 1964 to 1974, the Plymouth Barracuda is one of the shortest-lived muscle car nameplates from the golden era. But despite being around for only decades, is one of the most iconic. The early third-generation models from 1970 to 1971 are the most legendary, mostly due to their ...

Why Is This Classic Plymouth Duster Hung Like This?

1973 Plymouth Satellite Found In The Woods

1968 Plymouth Road Runner With A Combination Of Low Price And High Performance – More Alive Than Ever.

Plymouth Looks Like the King of All Cudas / Could G.ap Any Bugatti at the Strip…

December Marks The Anniversary Of The End Of The Plymouth Superbird

The Plymouth Prowler Still Looks Quite Odd But This One Has A 6.1-Liter HEMI V8

The 5 Best and Worst Plymouth Models of All Time

This Hemi-Powered Wrecked Race Car Is the Cheapest Plymouth Superbird in the U.S.

1970 Plymouth Superbird Has Only 9K Miles on the Odo, Looks Brand-New

Plymouth Belvedere Was Buried For 50 Years

The Savage GT Was the Track-Ready Plymouth Barracuda America Deserved