In 1967 the Ford Motor Company initiated a program to create a high-performance 428-powered Mustang. After research and testing, Ford unleashed their new high-performance street terror in April 1968 as the 428 Cobra Jet. The Cobra Jet package consisted of a 428 short-block with police interceptor heavy-duty connecting rods and topped by 427 “low-riser” cylinder heads and a Holley 735 cfm four-barrel carburetor. The Cobra Jet claimed a 10.6:1 compression ratio and used the same hydraulic camshaft as the 390 GT engine, which was a fairly aggressive grind for a factory piece of the day, with 270/290-degrees duration (advertised) and .481/.490-inch lift. 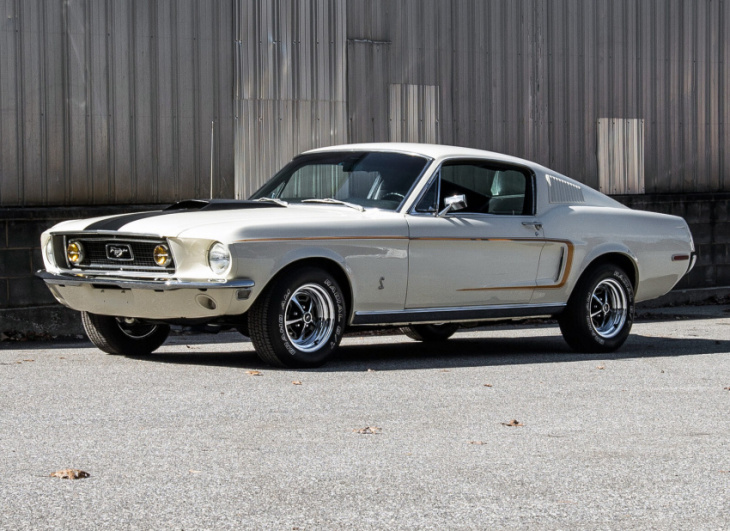 Buyers would have to choose the GT equipment package if they wanted the 428 CJ engine, though both could be applied to a coupe as well as a fastback. Power front disc brakes were also required, and buyers could choose between the four-speed manual, as this car is equipped, or C-6 three-speed automatic. 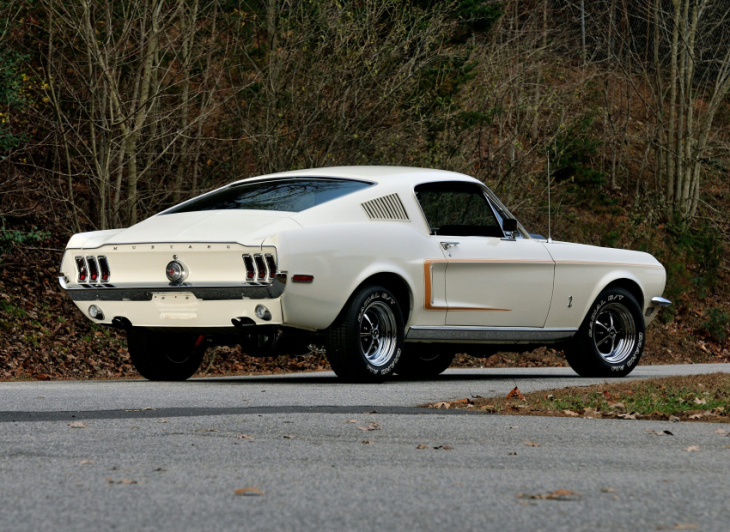 Ford rated its new 428 CJ engine at a modest 335 hp—only 15 more than the 390 it was replacing. That made it appear as a marginal improvement on paper, and since buyers also had to take the GT package, disc brakes, and the engine, the Cobra Jet Mustang was rather costly. That, plus its mid-year introduction, may have contributed to only 1,299 examples rolling off the line for 1968.