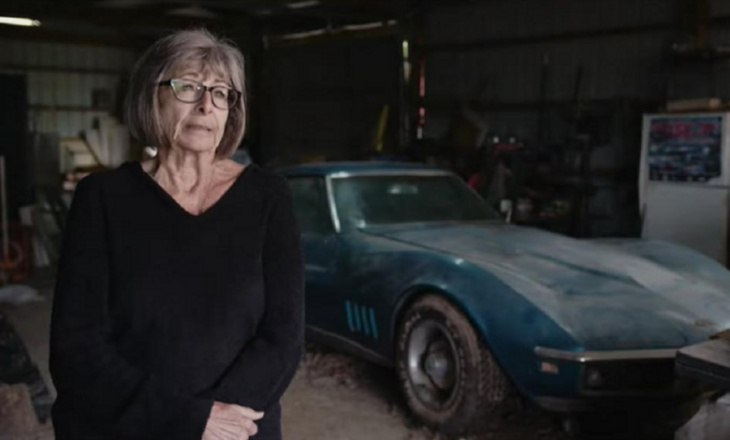 Parting with the blue 1968 Corvette convertible owned by her late husband for 52 years proves emotionally overwhelming for Barbara Thomas.

The Corvette’s been parked for at least 30 years in their barn, but Darron Cheney of Cheney Classics has big plans for what he calls his “favorite” car.

“I finally found it, I finally found the needle in the haystack,” he says. “I’ve been looking for 25 years, and I have found it. My excitement is hard to explain – I’d love to say it was like my first-born son but nothing can hardly compete with that. But it was a close second.”

For Barbara, meanwhile, selling the Corvette that belonged to her husband Ben for more than a half-century wasn’t easy. 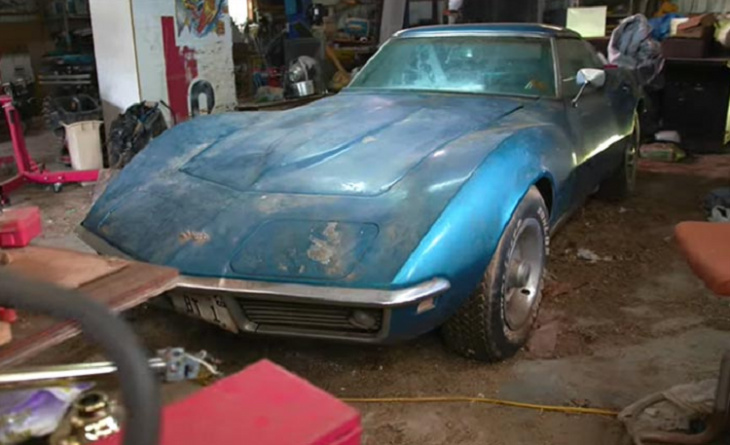 In the midst of tears, though, she comes to grips with the sale: “He was going to fix it; eventually, he wanted to restore it. He passed away this year, so I felt it was time to let somebody else have it that would enjoy it as much as he did.”

And enjoy it the couple did, starting from the days back in 1970 when they were just dating and he bought the car from the original owner, his next-door neighbor. Eventually, they would marry, and he even convinced her to buy her own Corvette, a ’69 that eventually was sold to buy a more family-oriented station wagon. 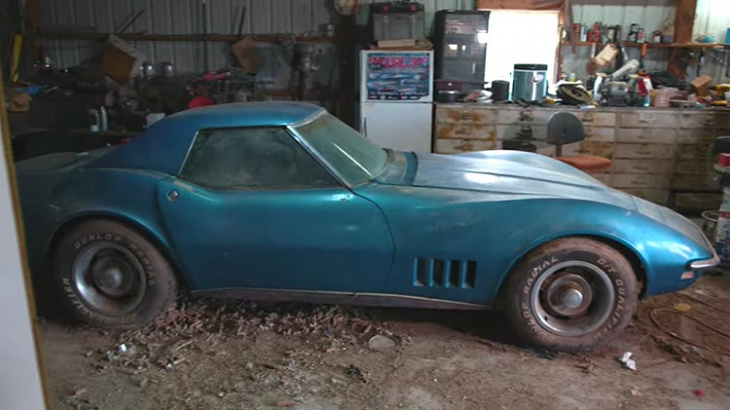 Not that Bob didn’t get practical use out of his Stingray. As they inspect the car, Darren points out a trailer hitch still on the back, and Barbara recounts the time that he drove it from Texas to California to bring back a boat he had bought out there.

“When I seen this car, I thought, it just can’t be,” Darron says after raising the garage door. “1968’s my favorite car – here it is, and it’s literally looking back at me saying bring me home.”

As the latest generation of field mice living atop the engine scurry away, the hood is lifted to reveal the original numbers-matching motor is still in place, hooked to the original four-speed manual transmission. 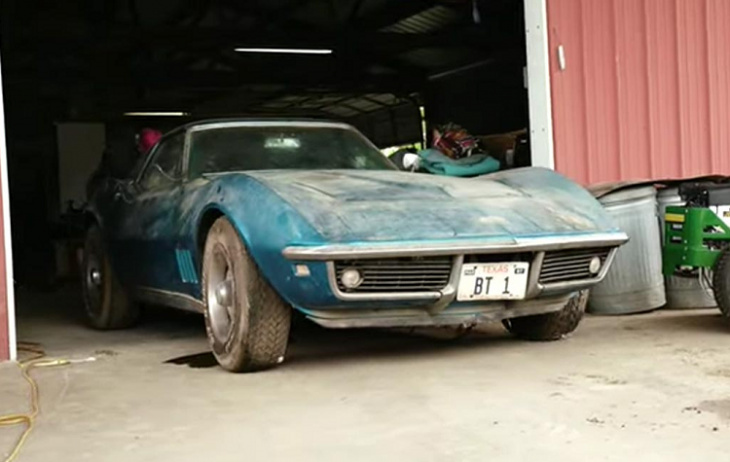 The all-over inspection concludes with Darron declaring the car to be “awesome,” with new seat covers, door panels, and carpet purchased by Bob over the years and still undamaged by the mice to “sweeten the deal,” in his words. After having to borrow a thousand dollars from his dad since he had only brought $10,000 with him, Darron and Barbara are quickly able to compromise on a deal that sees an exchange of $11,000.

Now comes the fun part, as the two men have to move 30 years worth of “stuff” accumulated by Bob around the car in the barn, but they are able to do it and roll the car out and winch it onto the back of a trailer, ready for a new chapter in its life. 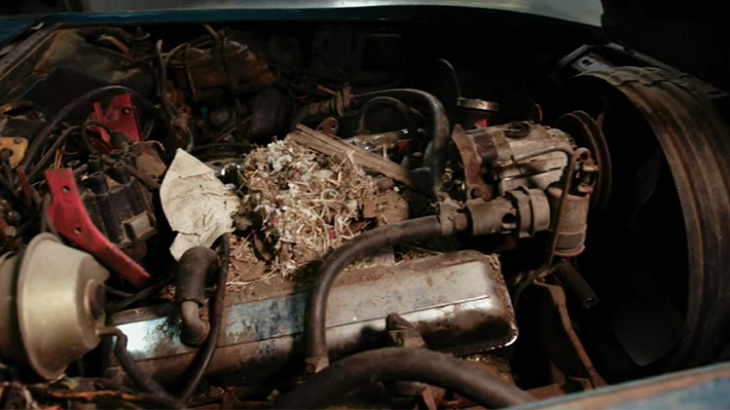 “We get it (out of the barn), it’s a sunny day, that sun hits the paint, and I’m settin’ there saying I don’t know that I paint this car. Really get it cleaned up and see what it’s going to look like,” Darron says.

An emotional Barbara reaches the conclusion that Bob “would be glad that I’ve done what I’ve done” with his Corvette. “I’ve sold it to somebody that does that kind of stuff and I think he’ll do right by him,” she says. “I think I would enjoy riding in it again. It’s been kind of hard lately getting rid of the cars, but it’s the right thing to do. He would really like it that I did something with it.”

For his part, Darron says she’ll be the first lady to ride in the car when it’s finished. “Barbara had the sweetest soul of any person that I’ve dealt with so far,” he explains, “and I cannot wait to get this car like it was when her and her husband remembered it, give her a ride in this car. I cannot wait, but I guarantee Bob’s looking down, tickled to death to see this car gonna get back on the road … and memories made by me and my family.”

Keyword: 1968 Corvette Convertible Parked In 1992 Is Rescued From A Barn

Screenshot: WMUR9 The 2024 Chevrolet Corvette E-Ray certainly isn’t for everybody. Some simply have no interest in a Corvette at all. A lot of people who would like one won’t be able to afford the six-figure price even before dealers start adding a markup. Others prefer the more track-focused ...


View more: A Bunch of Corvette Fans Camped Out Overnight to Be the First to Reserve a New Corvette E-Ray

The Stingray, E-Ray, and Z06 all come together in Bowling Green, Kentucky at the rate of 200 cars per day.


View more: How racing has improved the Chevrolet Corvette Z06

The National Corvette Museum opened NCM Motorsports Park in 2014. In the years since, it has become a beloved road course in a market long starved for one.

Screenshot: YouTube.com/SavageGeese Since 1981, Chevrolet’s Bowling Green production plant has had one singular focus: building the Chevrolet Corvette. But in those 41 years, things have changed down in the Kentucky facility — processes have grown leaner, meaner, more technologically advanced and precise. This, of course, all becomes evident in ...

The Corvette Z06 GT3.R will begin racing in the 2024 season, so let’s hope Tadge and crew have a Z06.R package in the works! Just as the Corvette Racing C8.R previewed what was coming in the C8 Z06, now it’s the street car’s turn to influence the race car. ...


View more: This Is How Chevy Builds the C8 Corvette