If the first cut is the deepest, then this 1965 Ford Mustang Shelby GT350 is as deep as it gets. Like many automotive enthusiasts, I considered the Ford Mustang an absolute superstar in my childhood, and it was, in fact, my first favorite car. Of course, by the time I roamed this earth it had already become an American icon, and the name of Carroll Shelby was revered by gearheads and fanatics. 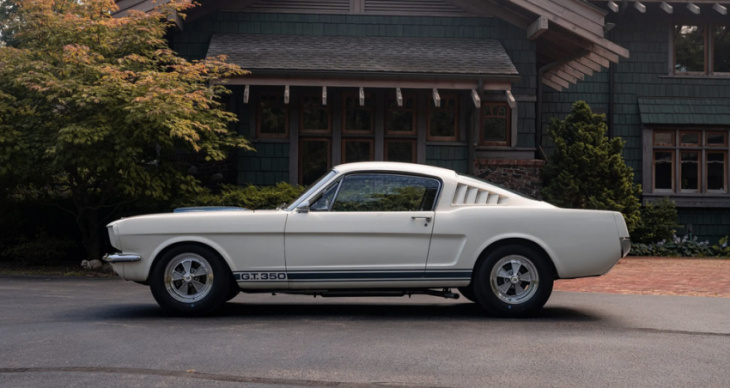 This specimen, located in Pittsford, New York, is currently up for auction on the Bring a Trailer online auction site—which, like Car and Driver, is part of Hearst Autos. It was refurbished in California before ending up with its current owner in 2014. It flaunts the period-correct Wimbledon White paint with the standard rocker panel strips and optional Le Mans stripes. A letter from Howard Pardee, Director Emeritus of Shelby American Automobile Club, supplements its authenticity. Before scrutinizing pricing figures and condition, let’s first revisit what the first ever Shelby Mustang actually was.

Carroll Shelby’s legacy was well under way when the first of the Shelby Mustangs hit the scene in 1965. As explained in our instrumented test of the 1965 Shelby GT350, he and his crew set out to convert the Mustang fastback coupe into a street-legal version of a NASCAR stock car. Upgrades included a modified 289-cubic-inch V-8 with an output of 306 horsepower and 329 pound-feet of torque, an array of chassis and suspension upgrades—such as Koni adjustable shocks, altered steering geometry, and an anti-roll bar along with torque-control arms—beefier brakes with 11-inch discs up front and drums in the rear, and 15-inch “mag-type” wheels. Of course, there were other enhancements, including closer ratios for the four-speed transmission, optional oil coolers, an extra-capacity radiator, and so on. 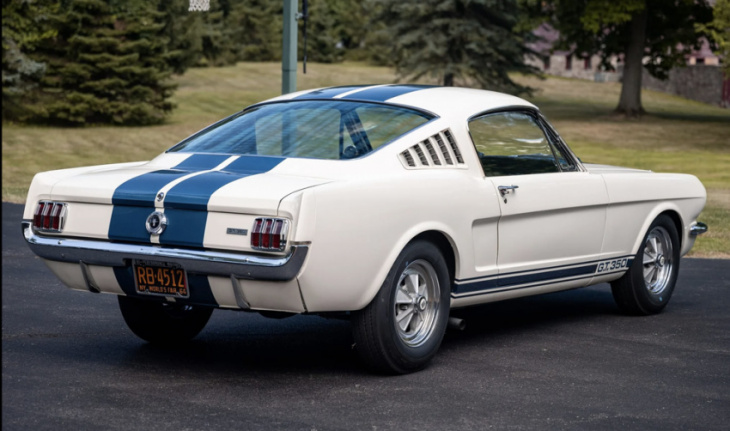 According to documentation provided by the seller, the original dealer invoice shows a total cost of $3,888.04 back in 1965, which includes the Le Mans stripes as a no-charge option and “special alloy” wheels as a $214 option. For reference, the 1965 Shelby GT350 had a base MSRP of $4547. These figures are a drop in the bucket compared to the current bid, which sits at $275,000 as of this writing. If previous auctions are any indicator, the bids should continue to mount for this pristine-looking example, as another 1965 Shelby GT350 sold for $400,000 in September 2020, and a Shelby GT350R managed to fetch a whopping $875,000 in April 2022. Buying a piece of automotive history can actually be an extremely expensive feat. 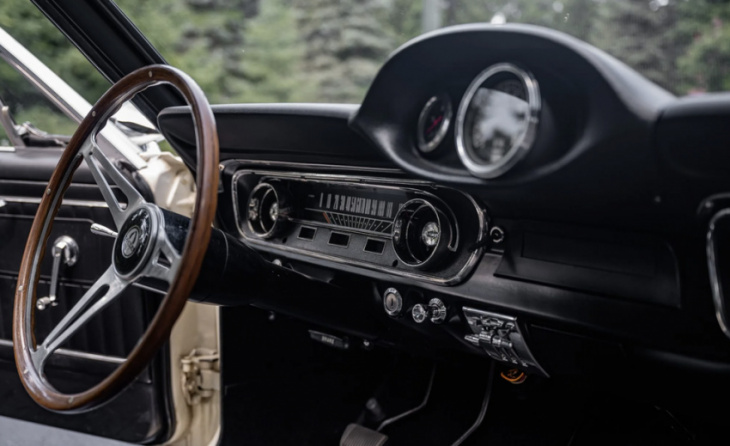 Today, we have a Shelby GT500 that puts out a monstrous 760 horsepower and can pull as much as 1.13 g’s on the skidpad. Suffice it to say that the original Mustang GT350 was the starting point of a legacy that is prized by today’s auto enthusiasts, and it’s still being written.

Keyword: 1965 Ford Mustang Shelby GT350 Is Our Bring a Trailer Auction Pick of the Day