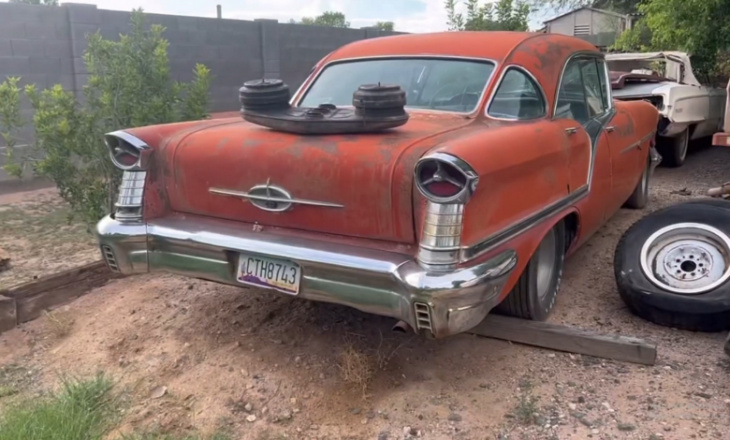 That’s when Hudson began working on the Hornet, a full-size car that rose to fame by dominating NASCAR from 1952 through 1954. I know, the “Fabulous” Hornet featured an inline-six engine instead of a V8, but I’m not here to talk about that. In 1949, a few months before Hudson unleashed the Hornet, Oldsmobile introduced the 88.

Powered by a then-new 303-cubic-inch (5.0-liter) V8 mill, the “Rocket” 88 not only won the NASCAR championship twice but also took first place in the inaugural Carrera Panamericana. 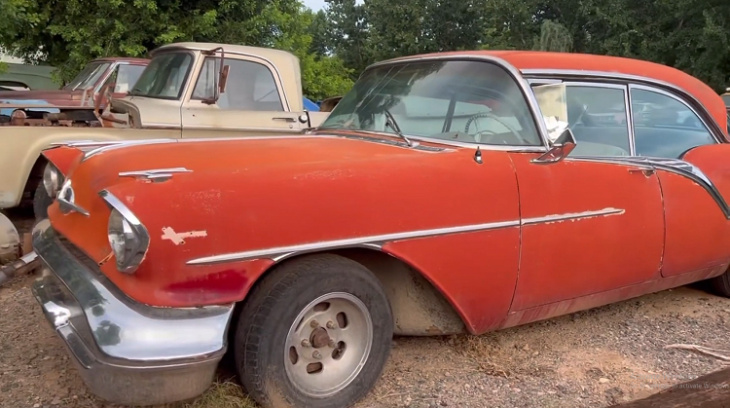 Its motorsport success came to a halt in 1952 and the 88 slowly morphed into a larger, heavier rig, but that’s not to say that Oldsmobile didn’t try to bring the nameplate back to the oval track.

It happened in 1957 when Oldsmobile redesigned the 88 for the third generation and introduced the J-2 high-performance option. Essentially a three-two-barrel carburetor upgrade similar to Pontiac’s Tri-Power option, J-2 bumped the output of the 371-cubic-inch (6.1-liter) Rocket V8 from 277 to 300 horsepower. Torque was just as impressive at 415 pound-feet (563 Nm).

With the 88 now back into muscle car territory, Oldsmobile hired NASCAR legend Lee Petty to drive the car to oval-track glory. However, the J-2’s racing adventure came to an abrupt end when NASCAR outlawed multiple carburation during the 1957 season. 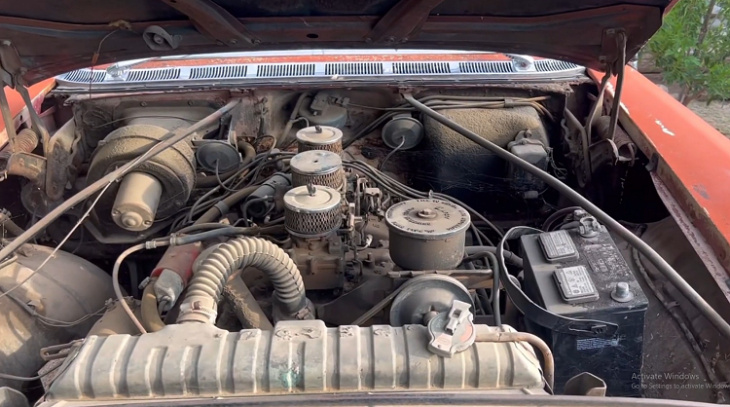 The 1957 Super 88 you’re about to see below is one of the lucky ones that got rescued after sitting for years in someone’s backyard.

Amazingly enough, the four-door sedan is still in good condition. Yes, the red paint has seen better days there’s plenty of surface rust on the body, but most of the chrome is still there and the car appears to be complete. 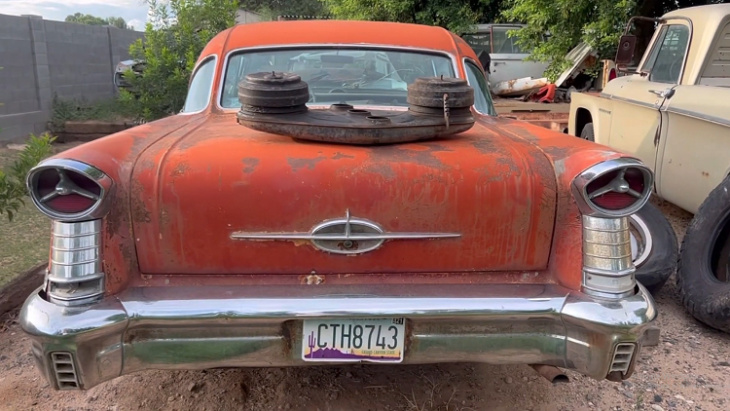 The interior is also in great condition with the original upholstery still in one piece. Impressively enough, the headliner is not saggy, which is a common issue with 1950s classics.

But the most spectacular thing about this Olds is that it still rocks its original, numbers-matching J-2 engine. It could use a good cleaning and most likely won’t run without a bit of work, but it’s downright fantastic that this 65-year-old mill is still complete.

This Oldsmobile Has 5,000 HP And Is Somehow Still Street Legal

Jay Leno checks out one of the first turbocharged production cars

Remember the Chevy Monza? This is its Oldsmobile twin.

Big, bad, and bronze, this first-year coupe is a stunner from the Bill Mitchell era of GM design.


View more: 1966 Oldsmobile Toronado Is Our Bring a Trailer Auction Pick of the Day

Smart and sexy, the 1953 Olds 88 Holiday hardtop was the leader in looks. Oldsmobile’s Super 88 was the hottest Olds – both in performance and sales. The Super 88 was very similar to the DeLuxe 88 in appearance, but it had features and body styles that the public wanted ...

The Olds 442 proves that it’s possible to be both legendary, and underrated, at the same time… When Chevy had the Chevelle, Pontiac had the GTO, and Ford had the GT500, there was another muscle car challenger on the scene that didn’t get the recognition it deserved. The Oldsmobile 442 ...

This classic american coupe was home to a mouse family that moved into the spacious trunk.

The Final Oldsmobile 442 Is Going Up For Auction, But It’s Really Just A V8-Powered Intrigue

Here’s Why The Oldsmobile Toronado Was A Dangerous Luxury Car

1958 Oldsmobile 88 Is A Striking High Performance Work Of Art