An early entrant into the automobile business, Montague Stanley Napier first began operations in 1898. His first product was a vertical-twin engine with coil ignition, built for his friend Selwyn Francis Edge. For more than a decade, Edge was Napier’s sole distributor and promoter. During this time, one of their best customers was telephone magnate Charles Jasper Glidden of Massachusetts, who carried the Napier name on a series of long-distance tours, one of which was named after him.

In 1904 Napier achieved the distinction of producing the world’s first commercially viable six-cylinder engine. A 5.0-liter car with mechanical overhead intake valves, it soon spawned a massive 15.0-liter racing version. In 1908 came a 5.0-liter L-head six-cylinder with a three-speed gearbox and shaft drive. During the World War I, Napier turned the company’s attention to aeronautical engines, particularly the Napier “Lion,” which later became renowned in automotive circles as the engine that helped establish a succession of land-speed record cars. Edge departed the company in 1912, meaning that the company’s post-war operations were somewhat limited initially.

Following the war, a single-model policy was adopted, and the T75 was developed. It had a single-overhead-camshaft six-cylinder monobloc aluminum engine with steel cylinder liners and dual ignition. At the time, the Napier T75 was as expensive as a Rolls-Royce Silver Ghost. It rivaled Rolls-Royce quality but was, unfortunately, less well known. Just 120 were built between 1919 and 1924. Attempts to modernize the T75 using four-wheel brakes and balloon tires were made, but the firm nevertheless ceased manufacturing in 1924. Though later attempts were made to bring the company back, they were unsuccessful, and the name Napier was consigned to the history books. 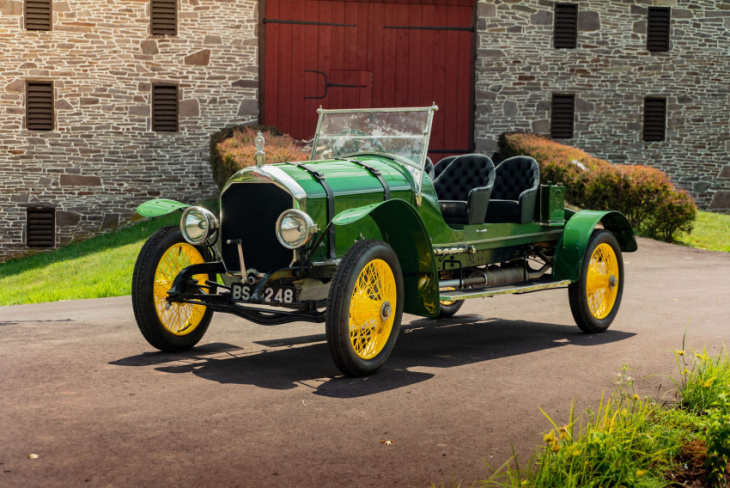