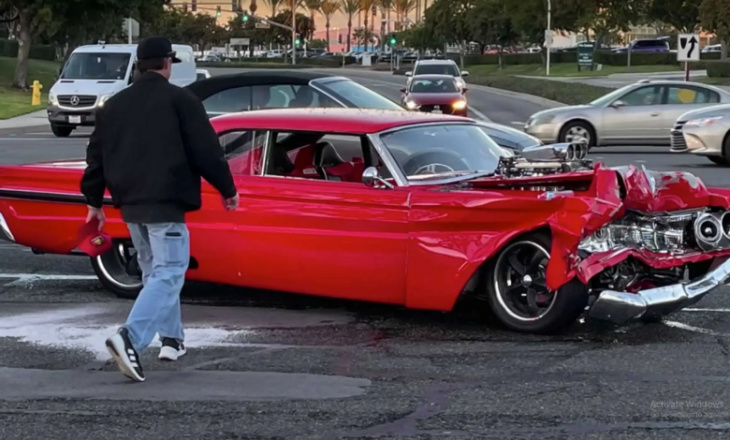 AutotopiaLA provides many muscle car fans with their weekly or biweekly fix of adrenaline-pumping V8 monsters with perfect paint jobs.

However, as you’re probably aware, Shawn Davis couldn’t film live walkaround videos for a while because a serious car crash put him out of commission. Some months later, we finally get to see that crash, involving complete brake failure on a powerful Mercury Comet. 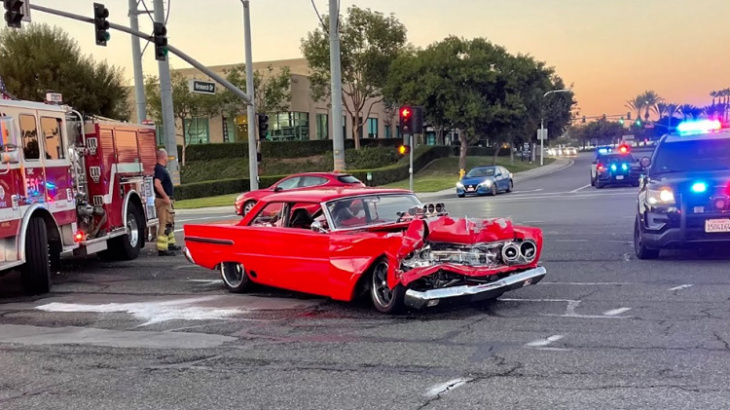 Shawn and his film crew were at their usual location, So Cal Classic Car Storage where they were about to do a video on this amazing 1964 Mercury Comet that had been fully built into a speed demon.

An advanced fuel injection system and powerful blower ensured this gigantic motor could produce 1,332 horsepower and 1,040 pound-feet on pump gas. The owner had hundreds of thousands of dollars spent on everything from the custom lowered suspension (no airbags) to the full roll cage and wheelie bar. But that day, one important component decided to give up: the brakes. 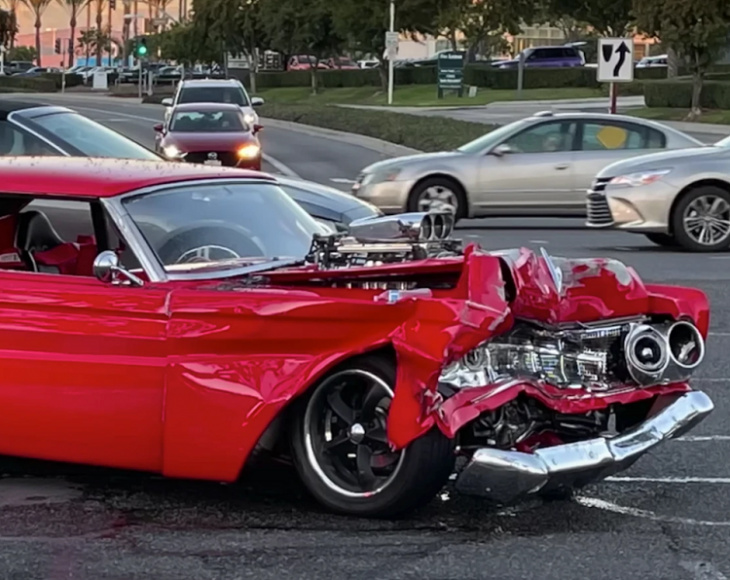 Complete brake failure occurs just a couple of miles from where they set off. The driver puts it in neutral, and swerves a little but knows they have to brace for impact. The red Mercury Comet plows into the back of a Honda Odyssey at about 45 miles per hour. Shawn was only wearing a lap belt so he smashed into the metal dashboard, which broke four of his teeth and busted his lip.

The owner suffered major injuries to his right elbow, but the good news is that he’s recovering. Cars can be rebuilt, and dreams can be remade, but this video remains a lesson to the muscle car community to prioritize safety. 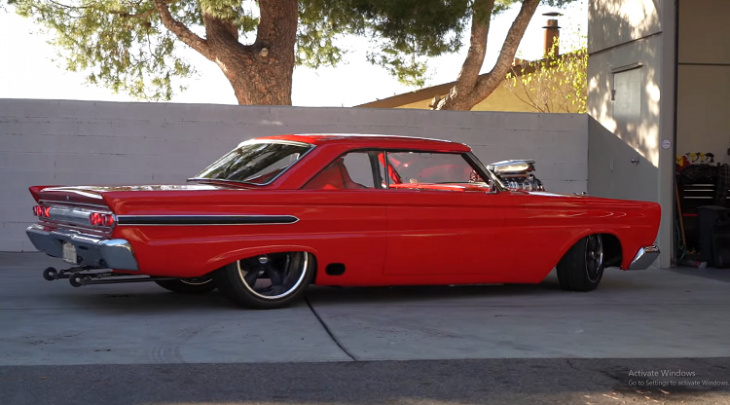 1,300HP Mercury Comet has brake failure causing the car to slam into the back of a minivan causing injuries to the driver and passenger. Everyone has healed from the accident and the car will be back on the road one day.

This 1967 Mercury's Backlit Dash Proves Cars Were Better Without Screens

1984 Mercury Cougar Quartz Analog Is Car Clock of the Week

Soon this will be listed on Facebook Marketplace… There’s something undeniably interesting about seeing an old car pulled out of a body of water it’s been hiding in for decades. That explains why so many are excited about seeing this 1986 Mercury Cougar which as been hanging out at ...

Back in 1956, the Montclair ruled the roost in the Mercury lineup. There was a two-door coupe, a convertible and a four-door “Phaeton” sedan. The standard engine in the 1956 Montclair was a 225-horsepower, 312-cubic-inch V-8. However, the performance-minded buyer could also opt for a more powerful 312-cubic-inch engine, a ...

This classic two-door cruiser could represent the future of customizing in the electric era.

This is stirring up plenty of interest… With the recent passing of Olivia Newton-John, all eyes are on the 1949 Mercury Convertible used in the movie Grease as it heads to the auction block. With black paint, the requisite brightwork, and flames painted on all four fenders, even without its ...

1966 Mercury Montclair Abandoned In A Barn For 26 Years

And it needs a bath… When we meet this descendant of Mercury, it’s easy to think of the car as little more than a run-down old clunker. Dust and rust were both extremely prevalent frequent fliers on this old automobile which is why it was in such dire need ...


View more: 1966 Mercury Montclair Abandoned In A Barn For 26 Years

This is causing a stir… A few months ago, Sean from AutotopiaLA was involved in a major accident that left him and the driver in various states of injury. On his side, four teeth were smashed needing replacement, while his lip had to be stitched up from some massive ...

Let This YouTuber's Horrible Mercury Comet Crash Be a Lesson

Several mistakes were made leading up to this muscle car-destroying incident.

AutotopiaLA, a YouTube channel well on its way to half-a-million subscriptions, was tangled up in a major collision last December on the streets of California. Involved was a Mercury Comet, one which allegedly cranked out 1,300 horsepower and took over two decades to build. jQuery(function(){ if (typeof jwplayer_load == typeof ...

This Guy Crashed a 1,300 HP Mercury Comet and the Internet Is Mad

This Rat-Infested Mercury Montclair Barn Find Will Make You Gag

See A 1973 Mercury Comet GT Come Back To Life

Water World: Mercedes-AMG, Mercury Marine, and the Future of the V-8

30 Years After His Death, Freddie Mercury’s 1976 Rolls Royce Silver Shadow Was Sold to a Drag Queen