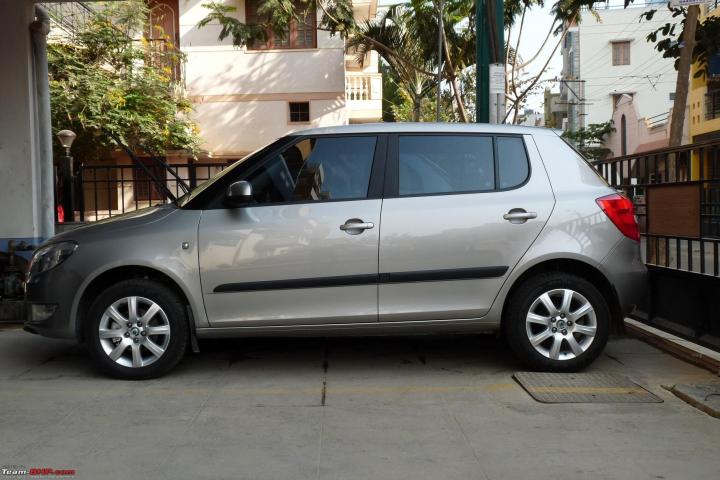 BHPian thirugata recently shared this with other enthusiasts.

Disclaimer: When I bought the car I did not think I will be writing this report. So I have limited data to refer to, so mostly its what I can remember.

How we chose our car

When we were in look out for a hatchback, initially I wanted to buy Maruti Ritz as I was very impressed with its performance. One of my colleague had this car back then and we had been on a drive to Hassan in it. I used to drive a Maruti 800 then, sitting in the passenger seat in Ritz and seeing the way it drove on highway, i was sold into.

But we decided to take the opportunity to test drive all the petrol cars in the budget range we had decided.

My first test drive was in Ford Figo. We had a average size speed breaker at the end of the lane we lived in and Figo scraped bottom on that speed breaker. My 800 never had such issue. That was good enough reason to look for next car to test.

My next car to test drive was Fabia. Tafe got me a brand new car from the fresh lot they had received. This had new design alloy wheels (guess this was face lifted one). My wife sitting in the back seat was mighty impressed with the car with in first km of the drive. It was kind of instant hit for both of us. But the top end vehicle we test drove was bit out of my budget. So with the heavy heart, we decided to look for other options.

Next one in the list was Chevy Beat. It drove well, but felt really small, especially after being in Fabia. ( Now were comparing everything with Fabia  ).

Next we visited Nissan to test drive Micra. The only car they had was out of service, so they promised to call back. That call never came.

Next in the list was Fiat Punto, didn’t feel comfortable driving it, felt like I was seated in a well.

We visited Honda showroom to test drive Jazz. This was out of budget too, being the most expensive hatchback at that time. But the theory was Fabia the only car we liked was out of budget, so if we have to stretch our budget why not try Jazz.

Showroom guys didn’t have Jazz and they were very interested in selling Brio. Though I didnt want was I was persuaded to test drive Brio. I was very impressed with the way it drove. But my wife who was sitting in the back seat could not tolerate the hot sun hitting her back from that big glass of Brio.

We visited Toyota showroom to test drive Etios Liva. They refused to provide test drive as I had not booked an appointment.

We were left with VW, Maruti, Hyundai and Tata now. Polo was rejected by my wife as her colleague had a polo and her opinion was Fabia which was of same price range was a better car.

Every other car was a Swift, so we didnt want that. I was still thinking Ritz, but the moment the mind compared it with Fabia, it was a lost case.

We didn’t want to consider Indica, for some reason it never appealed to me.

So we were thinking of visiting Hyundai to test drive i10 and i20; and my wife asked the question I wanted to ask her, ” What do we need to do to stretch our budget to buy Fabia?”. And my answer was, ” let us do whatever is necessary”. Thus the decision was made.

I called the Tafe guy whom I had spoken earlier and explained about my budget constraints. I informed him that I was still not OK with the price they were quoting, but since we like the car I am willing to stretch my budget a bit provided they are willing to give me a fresh quote. He asked me what is my offer price and asked for a days time to check with whom ever. Same evening I got a call back and they agreed to the offer I had made.

We named her Czech Chick. 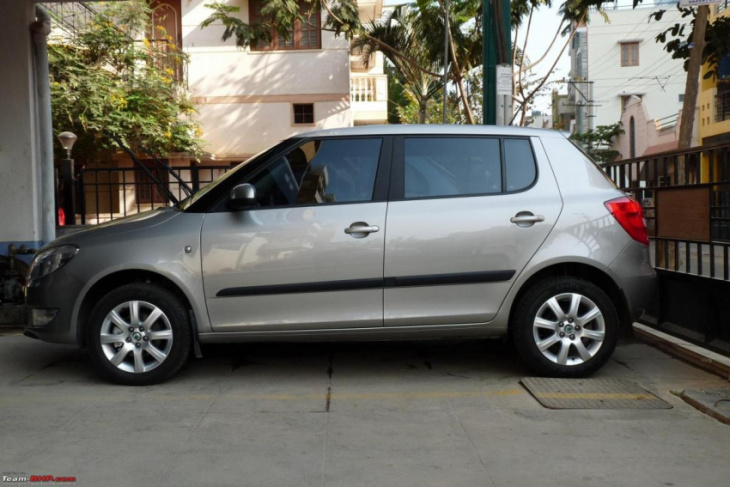 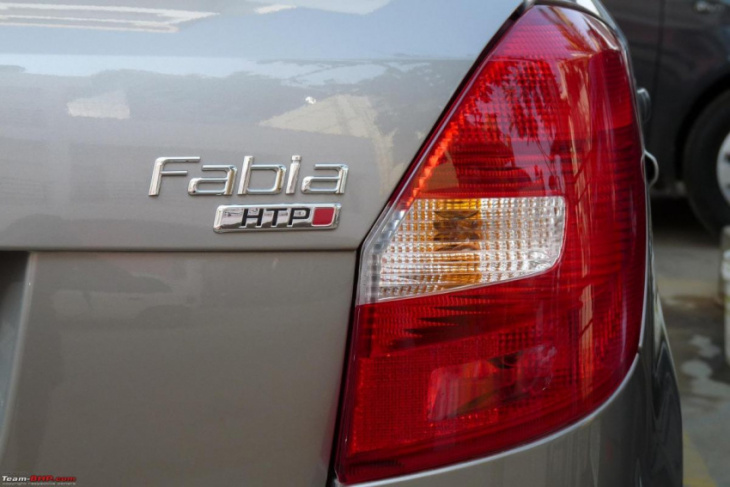 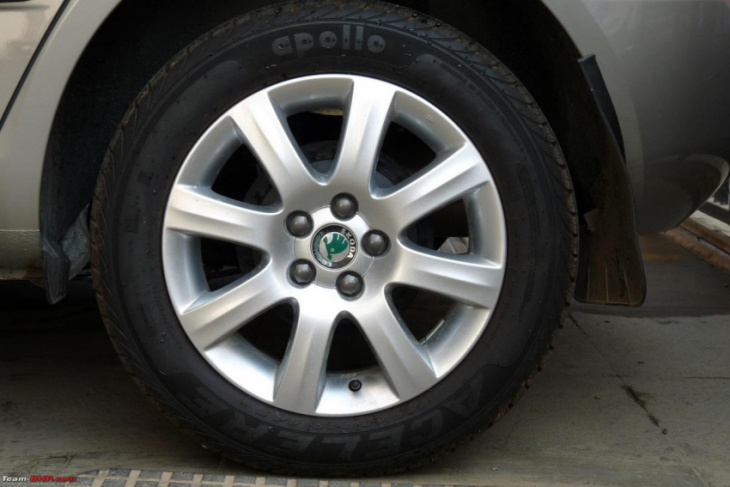 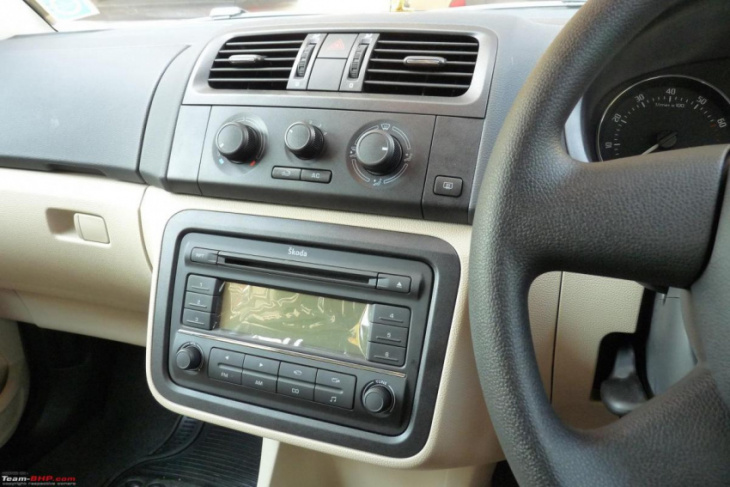 When you have very little to dislike, ownership report becomes short.

On highways I have mostly got about 16 km/l and in city drive it depended on how many times I had to pass Silkboard flyover.

Ownership has been hassle-free and I am glad I ignored all the horror stories I read about owning a Skoda and went with what my heart said.

I am glad our Czech Chick has never let me down irrespective of what ever the road condition she was put into.

Now talking about the maintenance expenses over the year.

Total 10 annual services , average cost per service turned out to be Rs 9170.

Apart from this few parts had to be replaced over the years : 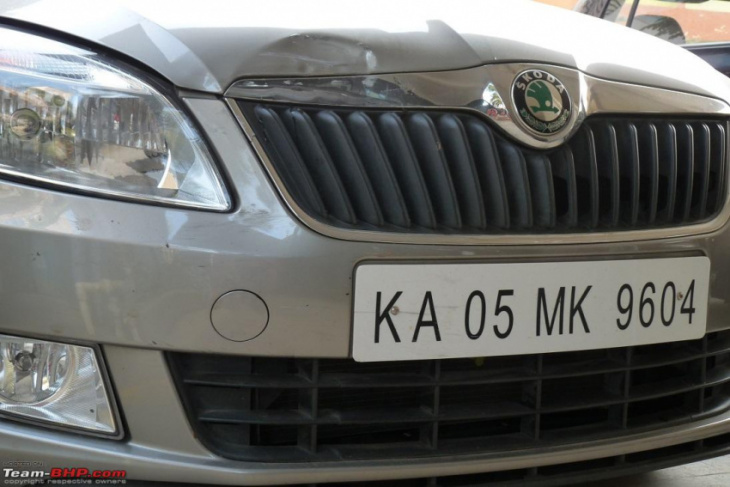 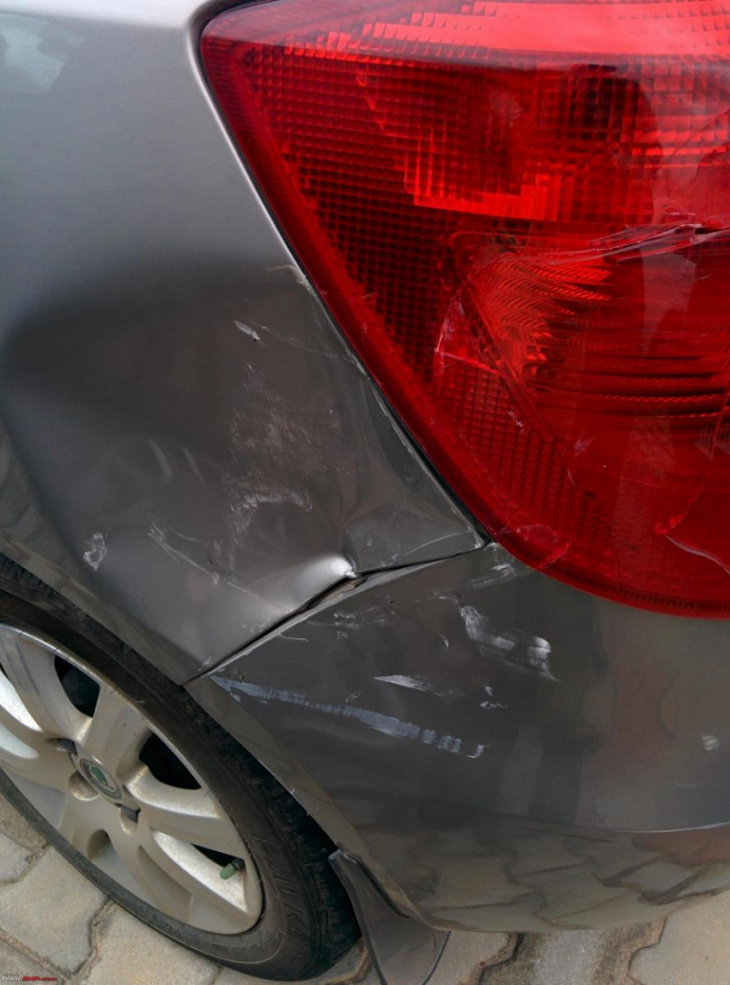 Cost of fixing : 87880 . This included Tail lamp replacement, windshield replacement ( Too many scratches on it). There were 7 minor dents all over the body courtesy some spirited drivers on Bangalore roads which had to be removed and full body painting.

Total of 9 new tires have been bought over the years and battery has been replaced twice.

Only add-on to this car which did not come when we bought was leather covers for seats, else she remains as stock as she can be.