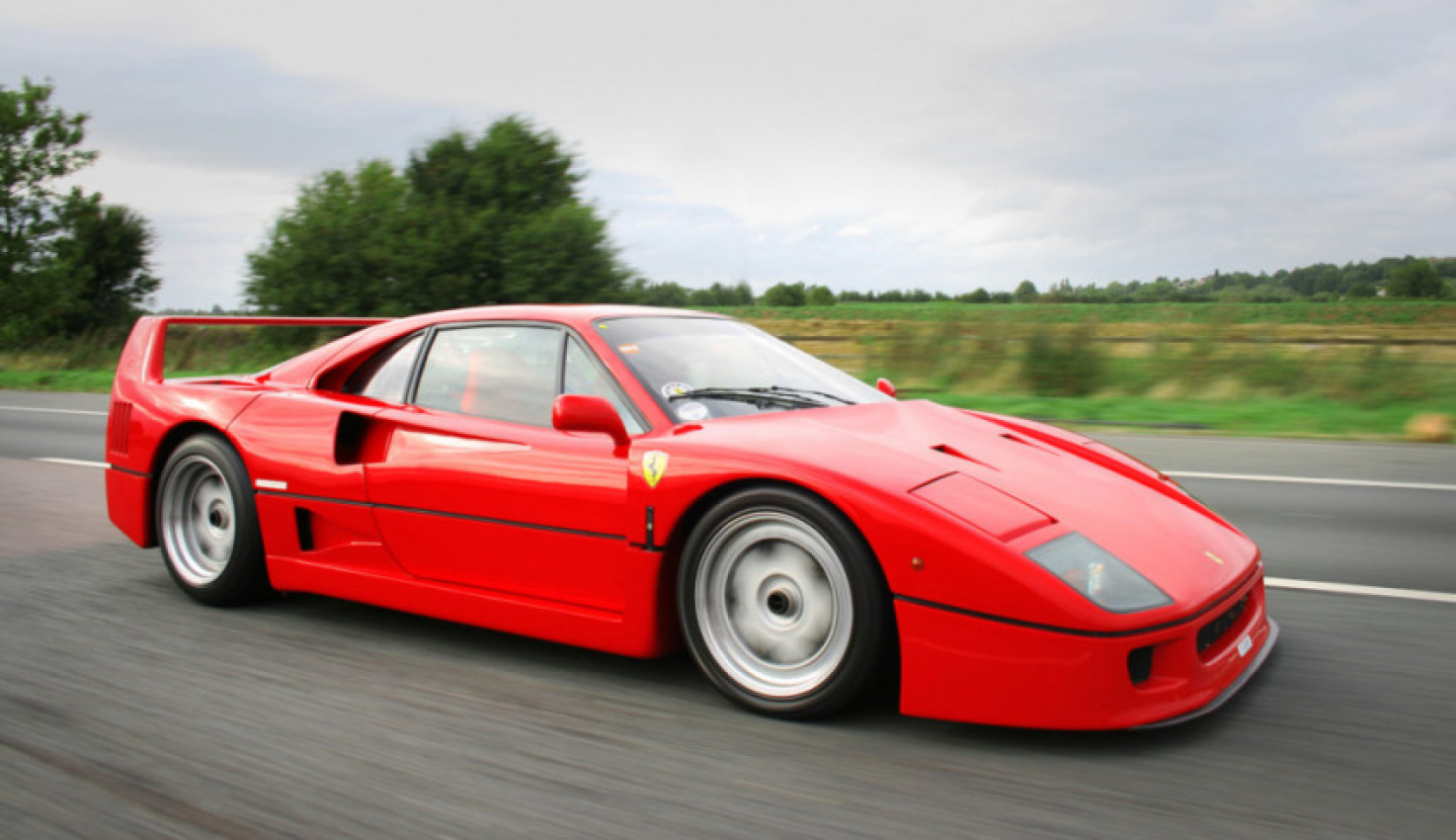 Most cars from the 1980s weren’t exactly marvels of engineering. Many were slow (barely able to top out at 55 mph), unreliable, and nothing special to look at. However, the fastest cars from the 1980s bucked those trends, achieving performance numbers that are still respectable, even by today’s standards.

Fastest Cars from the 1980s

Even as V8-powered muscle cars fell by the wayside, car manufacturers were forced to think outside of the box in order to engineer fast cars in the ’80s.

For example, manufacturers like Porsche and Buick realized that the best way to stay current with federal regulations, while still giving the speed junkies what they wanted, was to fine-tune their engines with power adders. Turbocharged engines became the gold standard for these speedy rides.

Many of the fastest cars of the ’80s came from a few well-known manufacturers — namely Ferrari, Lamborghini, and Porsche were the top players when it came to top speeds. For the sake of variety, we’ve included some other makes and models in addition to the fastest ’80s models from each of these brands. 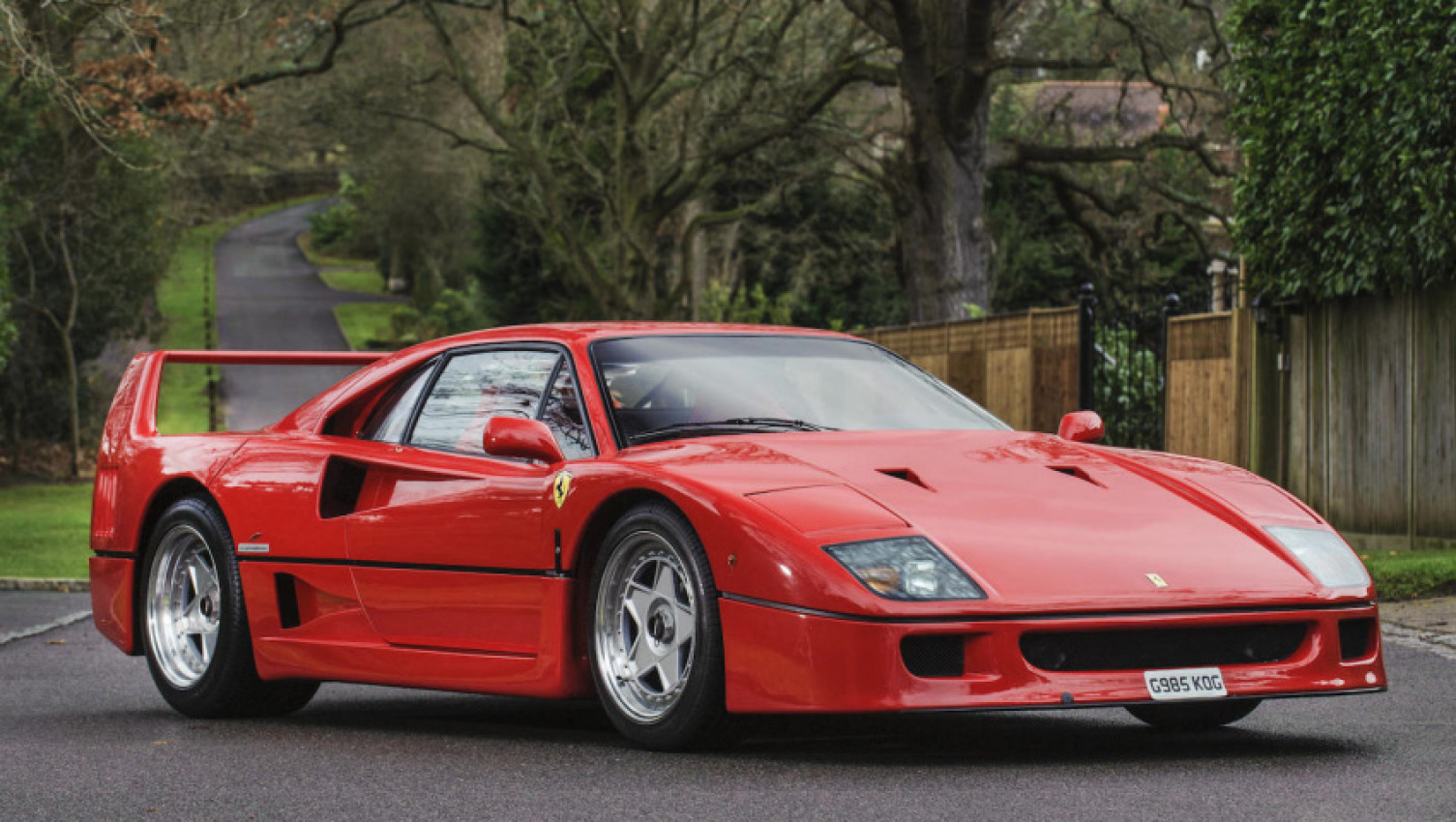 The Ferrari F40 is a living testament to the fact that you can achieve a lot of performance without a lot of engine. The twin-turbo 2.9L V8 makes its maximum amount of horsepower at 7,000 rpm and is capable of thrusting anyone lucky enough to be in the cockpit to a top speed just shy of 200 mph. For 1987, that ain’t too shabby. This ’80s era supercar was capable of making the trek from 0-60 in only 4.2 seconds and covering the quarter-mile in 12.1 seconds. 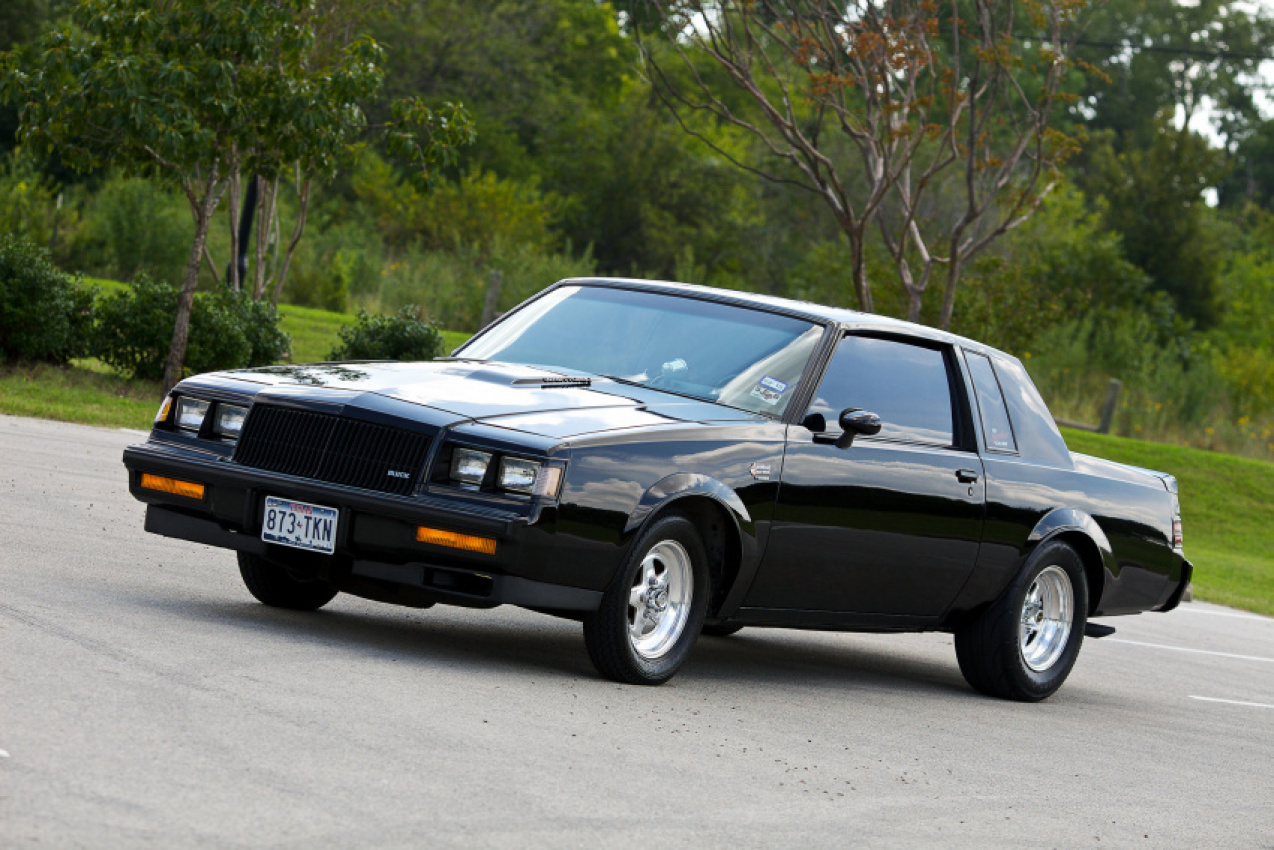 American manufacturers didn’t turn out many outstanding cars in the ’80s, but the Grand National sticks out as one of a few cars from a U.S.-based automaker worthy of this list. The turbo V6-powered Buick produced a decent 276 hp along with an astonishing 360 lb.-ft. of torque, which helped it travel from 0-60 in 4.7 seconds. The GNX was limited to a top speed of 124 mph which falls short of some of the other ’80s speedsters, but its quick time off the line could keep up with the best of them. 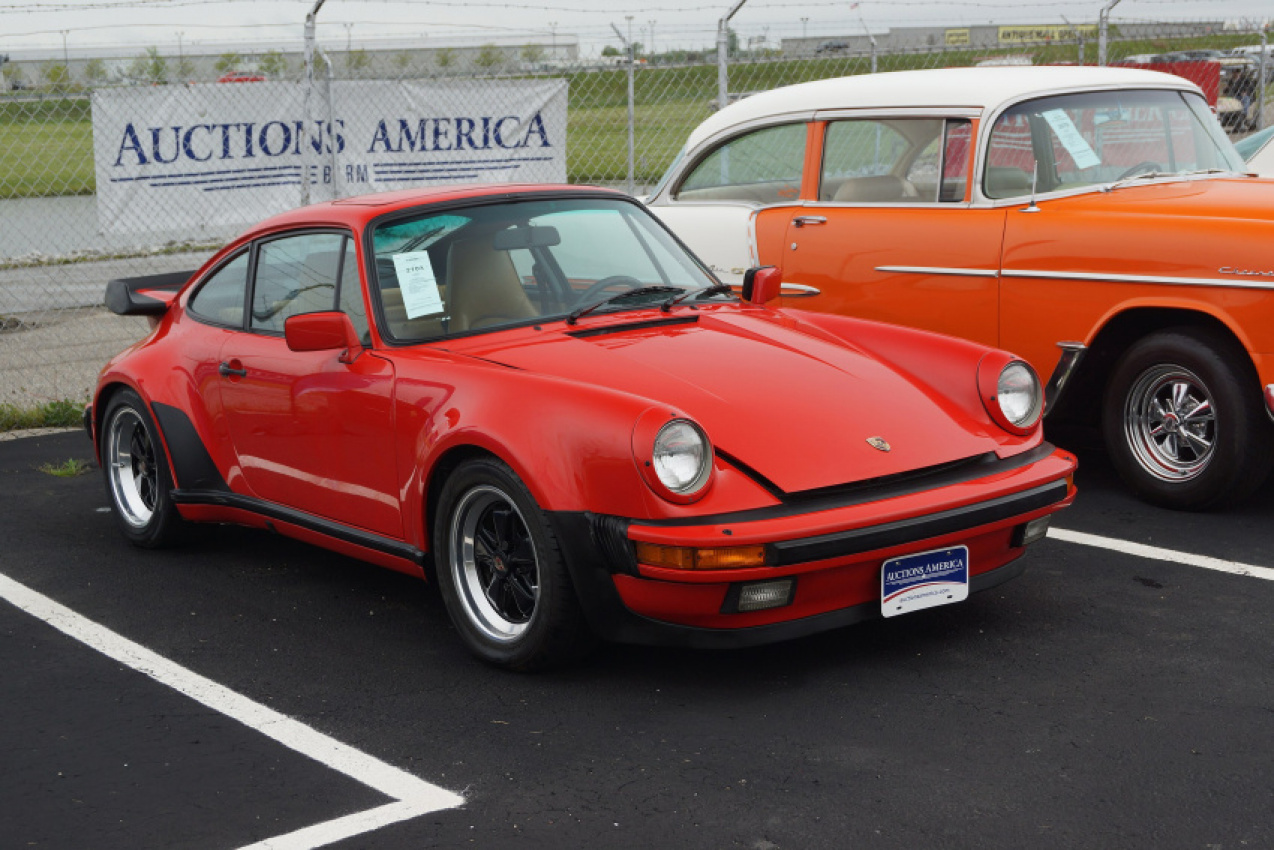 Six cylinders of turbocharged and inter-cooled magic helped make the 1986 Porsche 911 Turbo stand out from much of the competition. Even without impressive power numbers (326 hp), some drivers were able to get this car across the 60 mph mark at just 4.6 seconds and run the 911 Turbo up to the quarter-mile time in 13.1 seconds. Plus, with a top speed of 157 mph, this Porsche was plenty speedy for the ’80s. 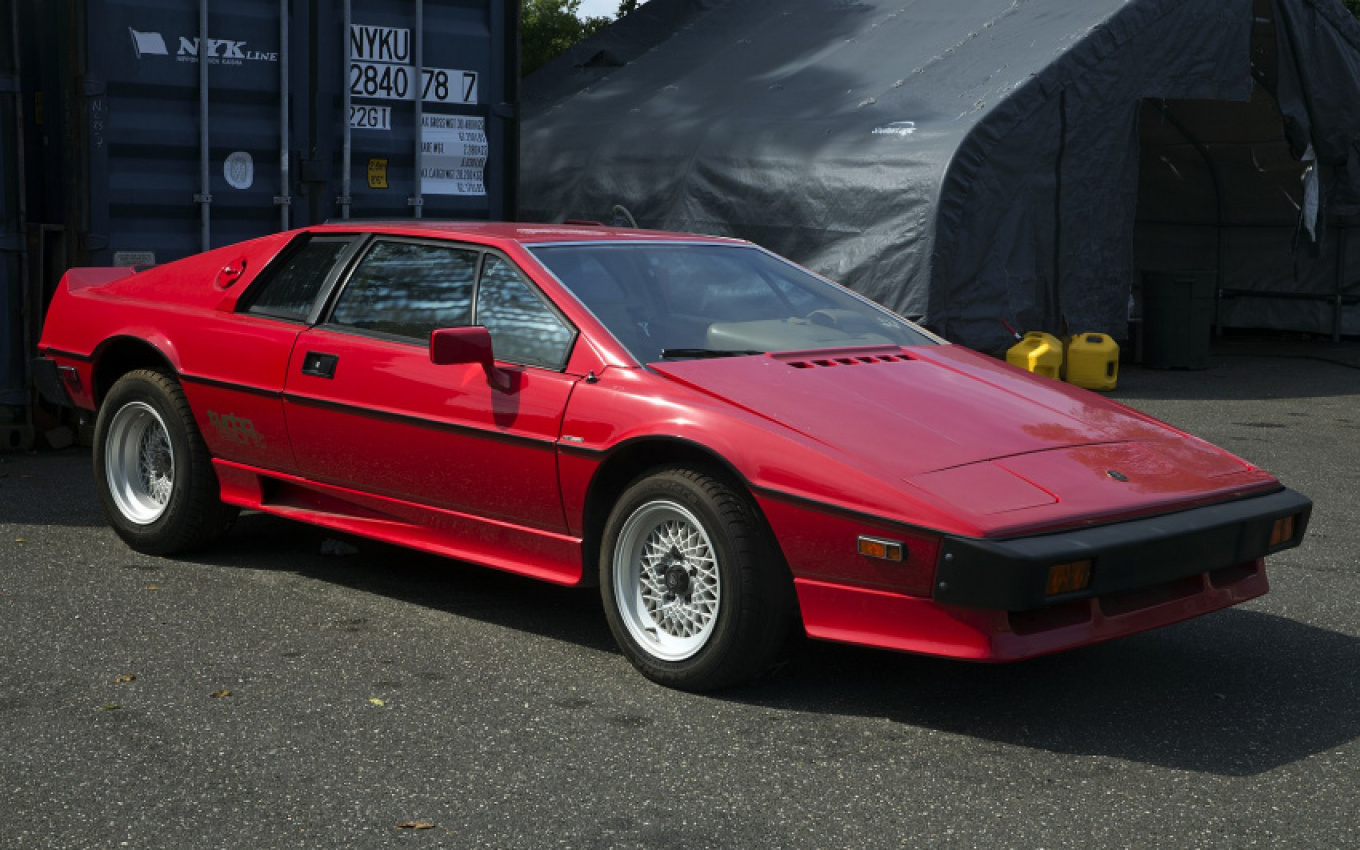 Capable of running the quarter-mile in only 13.5 seconds and hitting 60 mph in 4.9 seconds, this wedge-shaped little car launched itself into supercar territory. The Lotus Esprit came with a turbocharged 2.2L 4-cylinder that produced 264 hp. This power, coupled with its overall lightweight, not only made the Esprit quick off the line but also propelled it on to a respectably fast top speed of 160 mph. 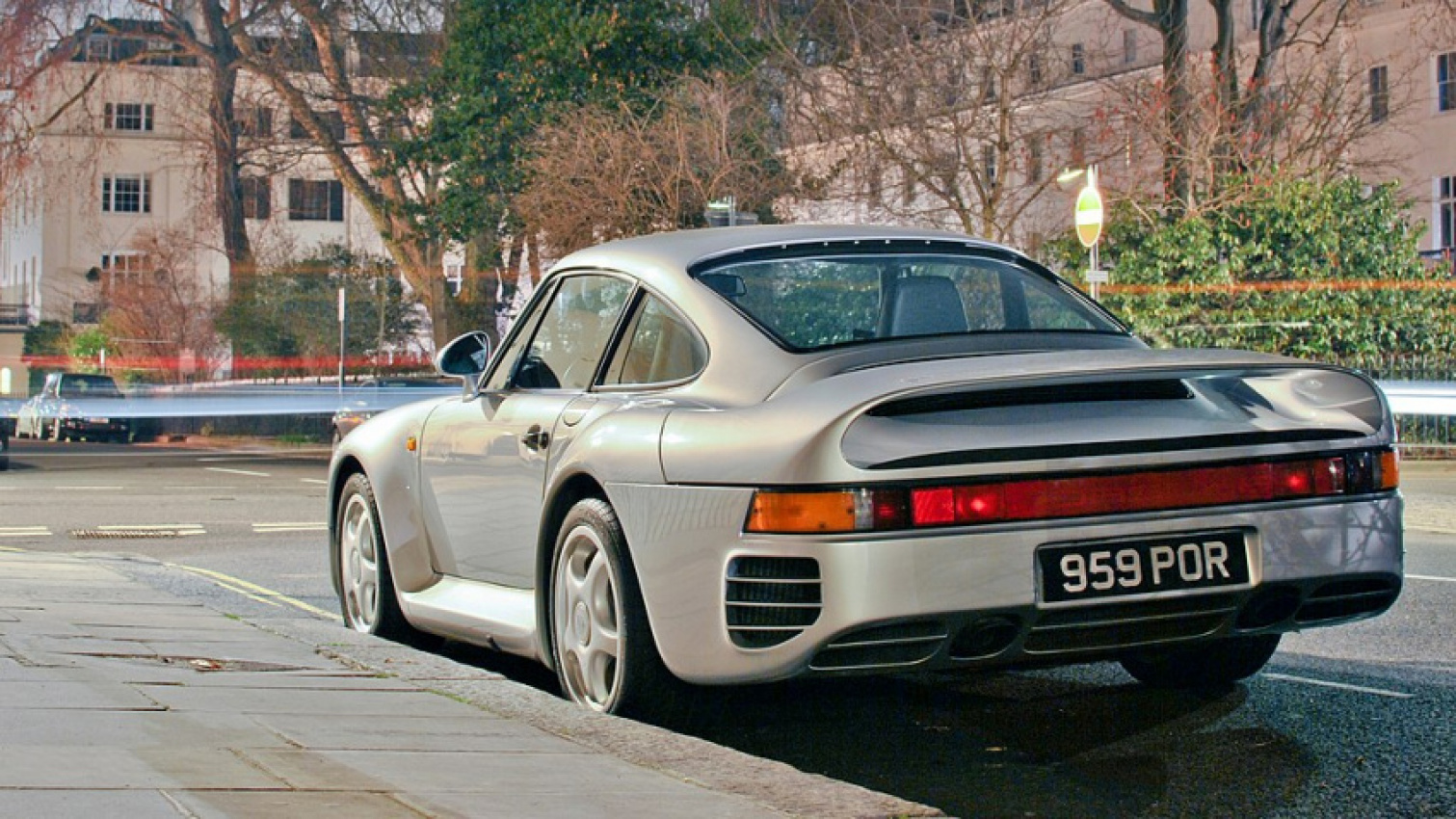 If ever there was an ugly Porsche, it would be the 959. However, being hideous didn’t affect the performance. In fact, the view from behind the wheel was pretty good as this was undoubtedly one of the fastest cars from the 1980s. The twin-turbo 6 cylinder engine produced 444 hp and 369 lb.-ft. of torque. This beast launched from 0-60 in only 3.6 seconds. And after that grin-inducing launch, the 959 would continue to the quarter in 12 seconds flat and topped out at an impressive 197 mph. 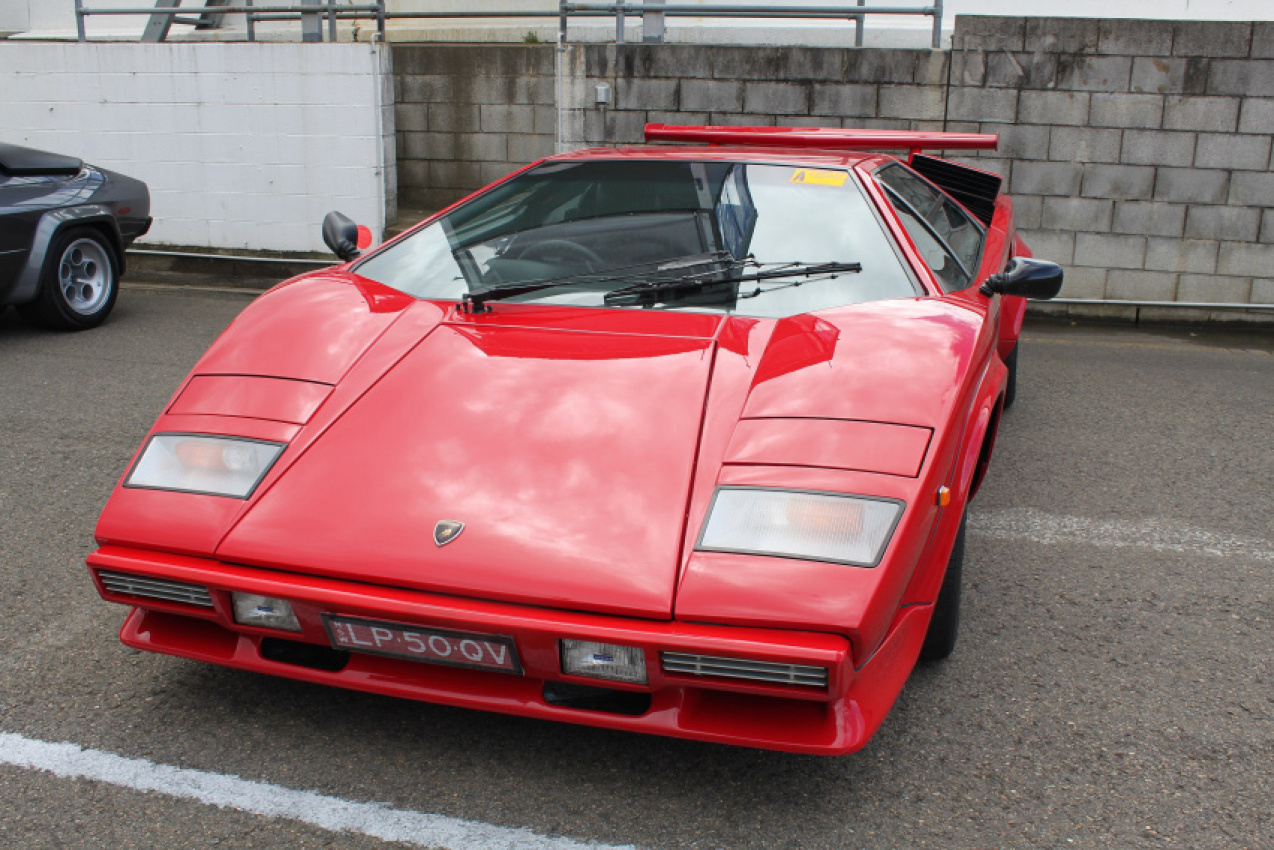 Far from the curvaceous flowing lines of the Lambos you see driving around today, the Lamborghini Countach LP5000 QV definitely couldn’t blend in with the ’90s crowd. This is the car that made Lamborghini famous. At its height, the Countach came with a 450 hp V12 engine that smoked almost all of the competition with a 4.6 second 0-60 and a 12.9-second quarter-mile time. Plus, with a top speed of 185 mph, the wedge-shaped Countach was properly quick and capable of playing with most of the fastest Ferraris of its day (the F40 being the exception). 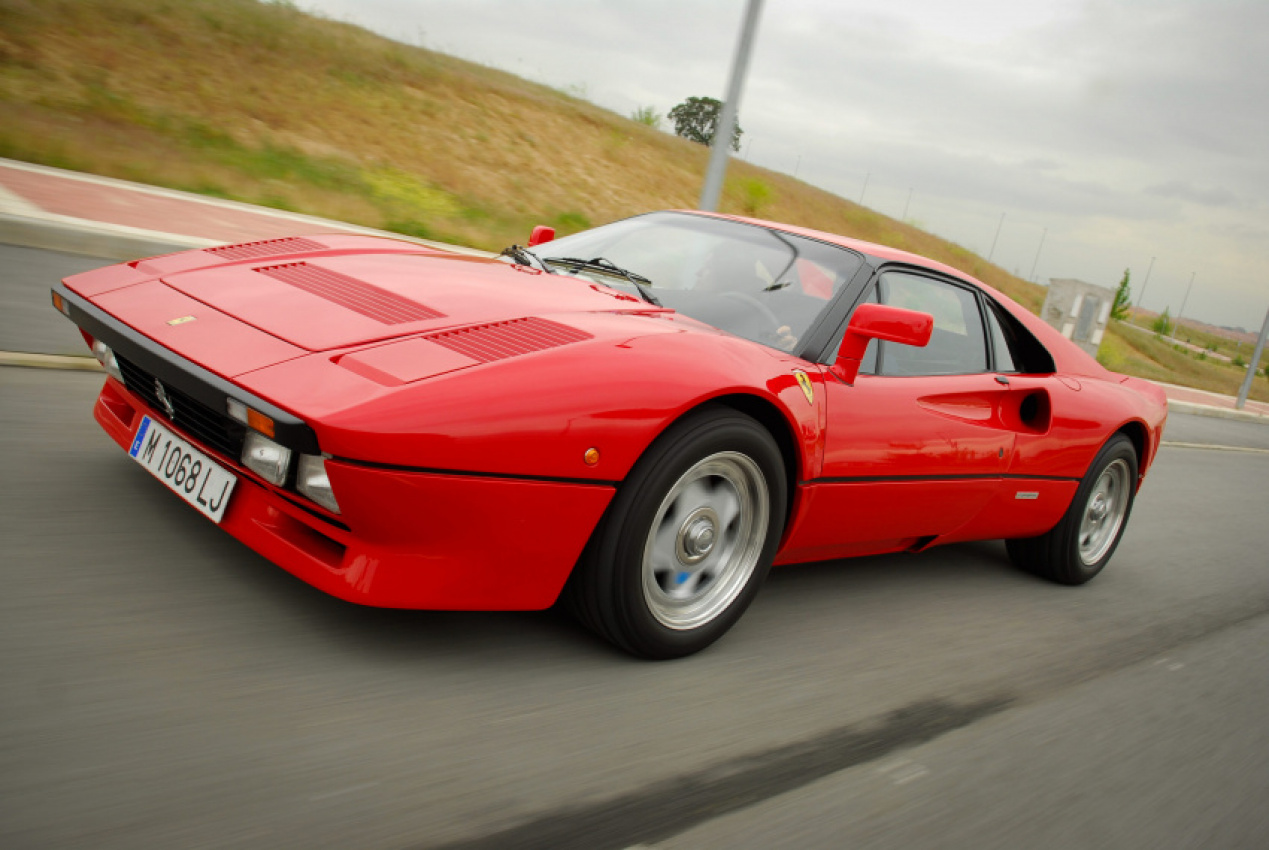 Although the Ferrari 288 GTO was not “officially” imported to the American car market, quite a few of were imported on the sly. The 395 hp twin-turbo V8 helped get this sultry 2,500-pound car down the quarter-mile in a mere 12.7 seconds. The 288 GTO clocked a top speed of 189 mph. An icon of Ferrari, this car is often credited with building the brand into what it is today. For one year only, just over 1,500 Buick Trans AMs received a turbocharged engine. The 1989 model year proved to be one of the fastest F-body cars ever produced, thanks to the turbo V6 placed in the Trans Am Pace Cars of that year. These cars were dyno tested at over 300 hp and 400 lb.-ft. of torque and a top speed of 139 mph. Some drivers were able to propel this Pontiac from 0-60 in just 4.6 seconds, which was faster than some of the supercars from this time period. 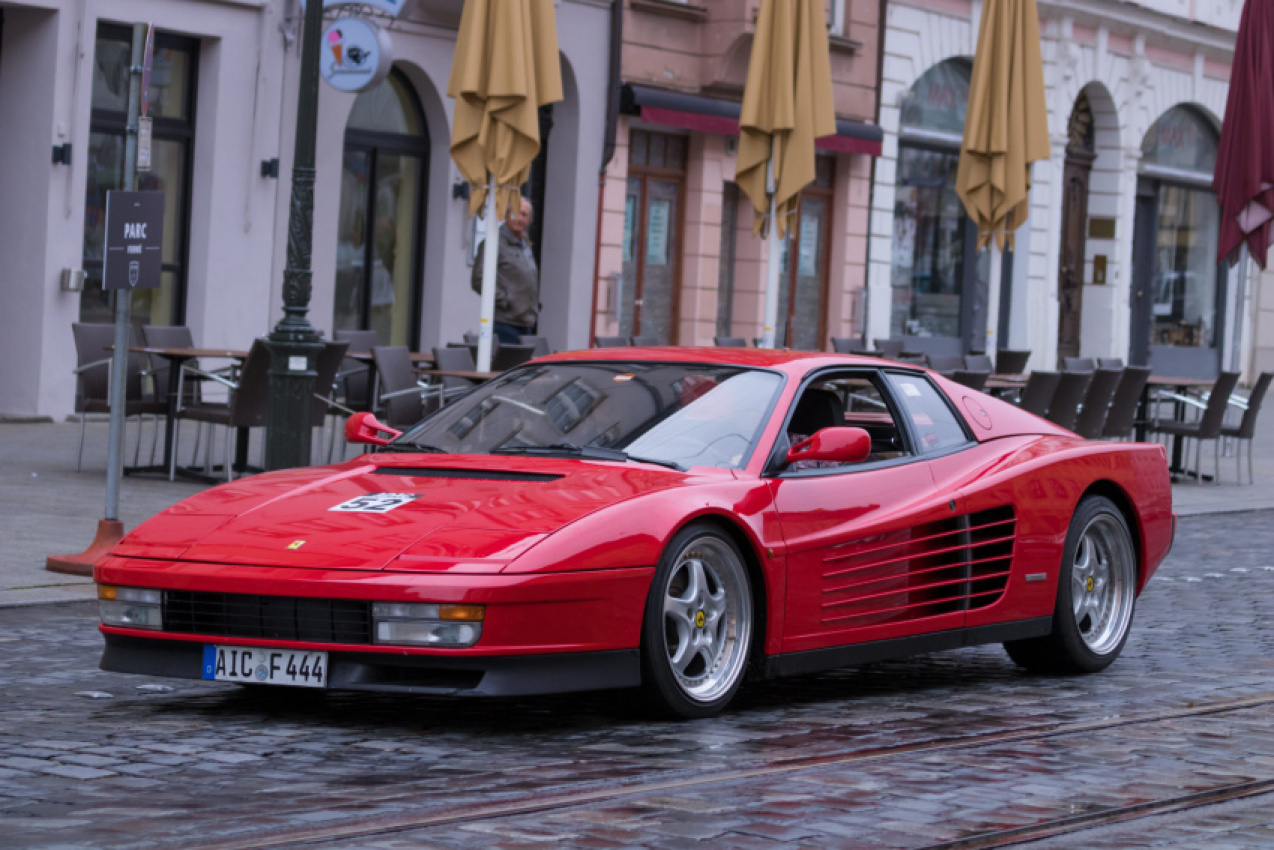 The Testarossa was Ferrari’s flagship model for the ’80s and while it didn’t boast quite the same stats as the F40, it did become iconic in its own right. Equipped with a 4.9L V12, the Testarossa wasn’t turbocharged like many of its ’80s counterparts but was still plenty quick. With a top speed reported at 180 mph, this prancing pony car could make the sprint from 0-60 in 5.8 seconds and keep on charging through the quarter-mile in 13.5 seconds. 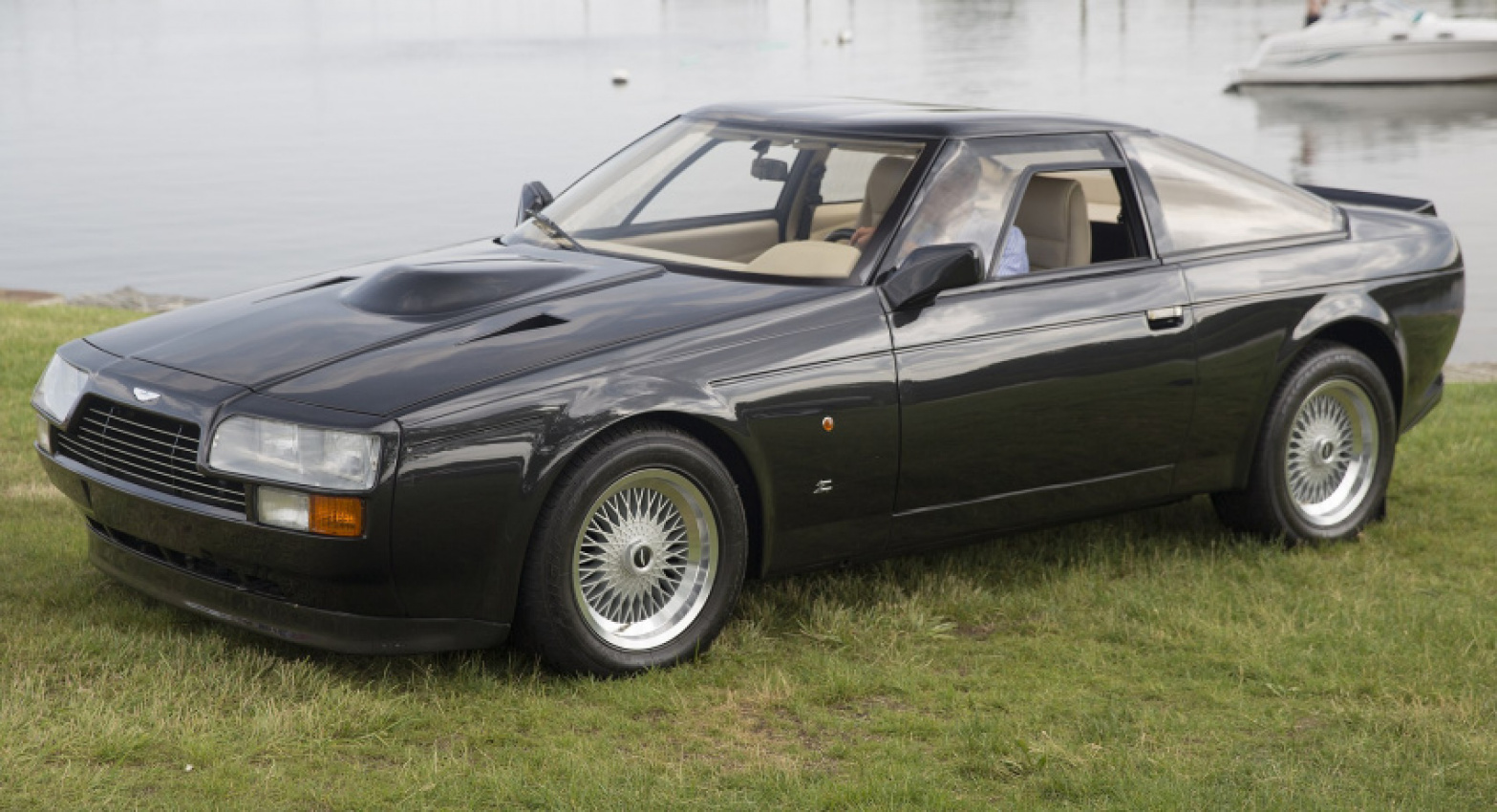 Though this luxe grand tourer from Aston Martin was the flashiest-looking car of the ’80s, its understated exterior hid a fine-tuned beast of a V8 that made just over 400 hp. and 400 lb.-ft. of torque. That could rocket the car from 0-60 in 4.6 seconds and carry it on to a top speed of 186 mph. Though Aston only made a limited run of this special edition Vantage, if you were one of the 50 lucky owners of a Zagato V8 Vantage, you could boast of owning one of the fastest cars of the 1980s.

Cimarron Cadillac Models & History  1986 Cimarron entered a new year sporting new wraparound taillamps at the restyled rear end, carrying a price tag that began above $13,000. Inside was new leather trim on the shift boot and knob (manual shift), at a redesigned console. A premium Delco-Bose sound ...

Eldorado Cadillac Moels & History 1984 For the first time since the famed ’76 Eldorado ragtop, Cadillac offered a convertible: the new and posh Biarritz. Its rear side windows raised and lowered automatically with the power top, and it contained a glass back window. Convertible bodies came in three colors: ...

Cadillac Cimarron Moels & History 1986 Cimarron entered a new year sporting new wraparound taillamps at the restyled rear end, carrying a price tag that began above $13,000. Inside was new leather trim on the shift boot and knob (manual shift), at a redesigned console. A premium Delco-Bose sound ...

Eldorado Cadillac Models & History 1988 arket recovery came about as a result of several needed improvements for 1988. The return of crisp fenderlines, a rear end lengthened three inches, and a new “power dome” hood lent a “more Cadillac” look, and performance improved via a bored-out 4.5 liter V-8 ...

Cadillac Seville Moels & History 1986 A brand new Seville rode the same new platform as Eldorado — 17 inches shorter and 375 pounds lighter than before. Gone was the striking razor-edge styling of 1980-85, replaced by a body not much different from Eldorado’s, or from other GM vehicles. ...

Cadillac Moels & History 1985 Front-wheel drive now became the rule at Cadillac, as in nearly all other makes. Two grand old names, DeVille and Fleetwood, made the switch this year. All Cadillacs except the subcompact Cimarron (and carryover rear-drive Brougham) now carried a transverse-mounted, fuel-injected 4.1 liter V-8 ...