Buying a full-size truck isn’t an easy thing to do. There are so many excellent models in this popular class of vehicles that choosing one is nearly impossible. For years, many buyers have relied on experts like Consumer Reports to determine which are the best models to buy. CR compiles data about every vehicle to give ratings to each model, determining whether it’s a recommended truck. One full-size truck, the 2023 Toyota Tundra, originally received the coveted “recommended” label, but now, Consumer Reports has taken it away. The primary reason it’s no longer recommended is reliability. 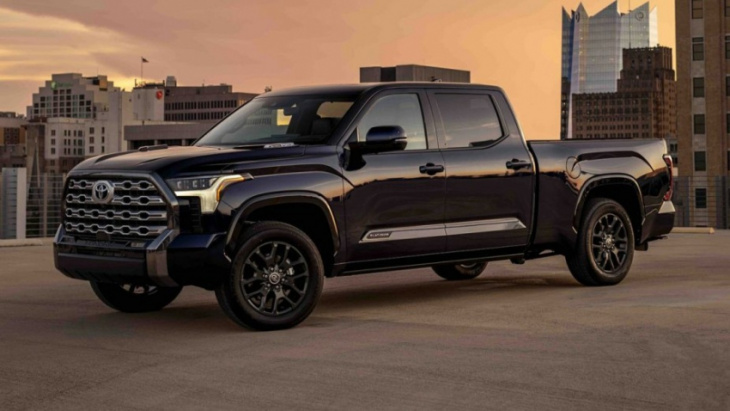 Consumer Reports recently released information on its latest car reliability survey. It sends out surveys to thousands of owners with models registered to them to determine how reliable each one has been. One full-size truck, the Toyota Tundra, declined heavily in reliability. Toyota is known for being a reliable car brand whose vehicles last long. That’s why CR scored the Tundra very high for reliability prior to this survey. The model has been one owners can count on for a long time, but it looks like that’s changed.

A few vehicles had enough declining reliability to make CR take back its recommendation. However, the Toyota Tundra is the only truck to make the list. Outside of Toyota’s pickup offering, the Ford Bronco Sport, Ford Mustang Mach-E, Hyundai Elantra, Hyundai Kona, Nissan Sentra, and Volvo XC60 also declined in reliability. What does CR’s reliability survey mean, and how are the results determined? 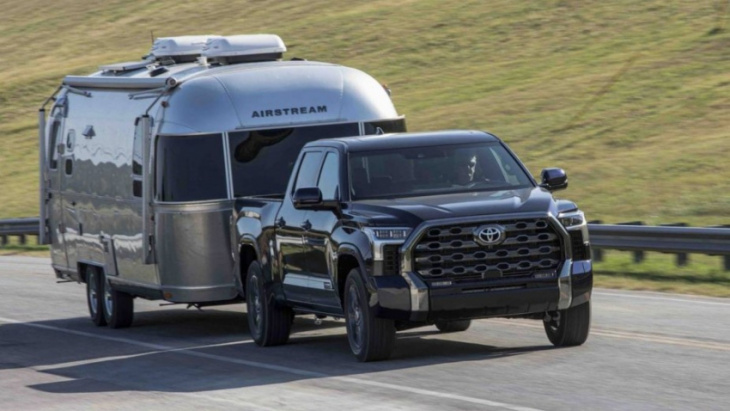 Reliability is a term that means a significant number of things regarding vehicles. Specifically, Consumer Reports asks “members about issues they’ve had with their vehicles in any of 17 potential problem areas during the previous 12 months.” These areas include everything from “engine, transmission, and brakes to electrical systems, noises, leaks, paint, and trim.” Responses for more than 300,000 vehicles are found and predicted reliability ratings are calculated based on the results.

One popular pattern in recent years is that pickup trucks are not reliable. CR says only seven of the 17 models in the survey have average or better reliability. One of those is the Toyota Tundra. After being redesigned for the 2022 model year, it had below-average reliability. Unfortunately, dropping its predicted reliability rating for 2023 to below average lost the Tundra its Consumer Reports recommendation.

Why isn’t the 2023 Toyota Tundra recommended?

A few things go into Consumer Reports’ decisions to recommend vehicles or not. For the 2023 Toyota Tundra, its reliability, a thorough road test, predicted owner satisfaction, and of course, price. Most CR review information is unavailable, but many experts agree the Tundra is overpriced. Toyota’s pickup is expensive compared to the most popular full-size trucks, like the Ford F-150 and Chevy Silverado. For example, the most basic F-150 starts at $34,445, but the cheapest Tundra is $36,965. Mid-tier trims for the Tundra are also much more costly than rivals.

Furthermore, it’s difficult for a publication like CR to tell its readers to purchase the Tundra with the newly discovered below-average reliability rating. Although it has a lot going for it, Toyota’s strongest feature has always been that owners can count on their vehicles. Without this attribute, the Tundra suffers tremendously. As a result, it’s the one full-size truck no longer recommended by Consumer Reports.

Keyword: 1 Reason the 2023 Toyota Tundra Is No Longer Recommended By Consumer Reports