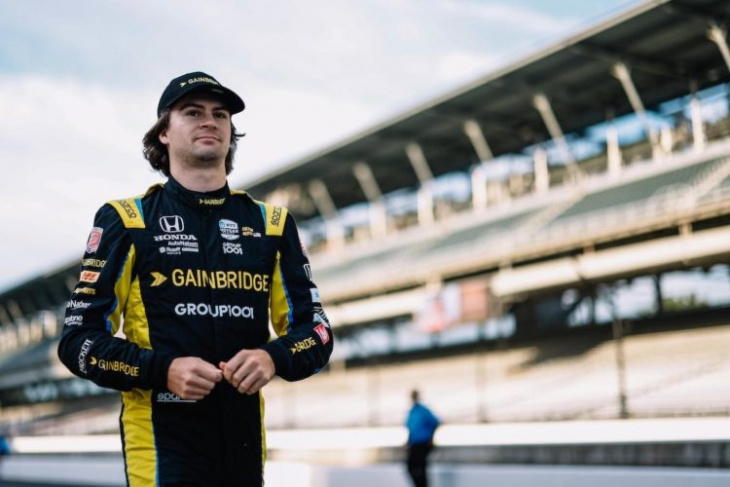 Ferrari team boss Mattia Binotto asserts that he is firmly against the idea of giving Colton Herta a Formula 1 Super Licence through means of force majeure.

Red Bull is currently seeking a Super Licence exemption for Herta, to place him at the AlphaTauri team for 2023.

This, in turn, would likely see Pierre Gasly move to Alpine to replace the departing Fernando Alonso.

It is believed that Herta’s chances of obtaining the Super Licence are dwindling, with Binotto voicing his disapproval over a potential FIA intervention.

“I think force majeure cannot be used for Herta,” Binotto said. “That will be a completely wrong approach.

“Regulations are in place in order to protect our sports and make sure that we’re making the right process and choices for our sport itself.

“So Herta may participate in the championship, [when] he’s got what are the requirements to do so and not differently. So I think that’s very important and we will certainly overview what FIA will do in that respect.

“And I think each single team will do so because it’s for the importance of our sport.”

Herta has won seven IndyCar races during his time in the series, and currently competes for Andretti Autosport.

Herta has admitted surprise over being linked to AlphaTauri, with the 22-year-old receiving high praise from Red Bull team boss Christian Horner.

AlphaTauri Team Principal Franz Tost says that his squad will fully comply with the FIA requirements, and is open to fielding him in practice sessions in the second half of the season.

“This is a question you have to ask the FIA because there’s a regulation and if the FIA wants to change anything, then this is one side,” he said, regarding Herta’s Super Licence.

“We, from our side, will support it of course. If it’s necessary to run in FP1 then we will run him in FP1. Yeah, we will do everything what is being requested.”